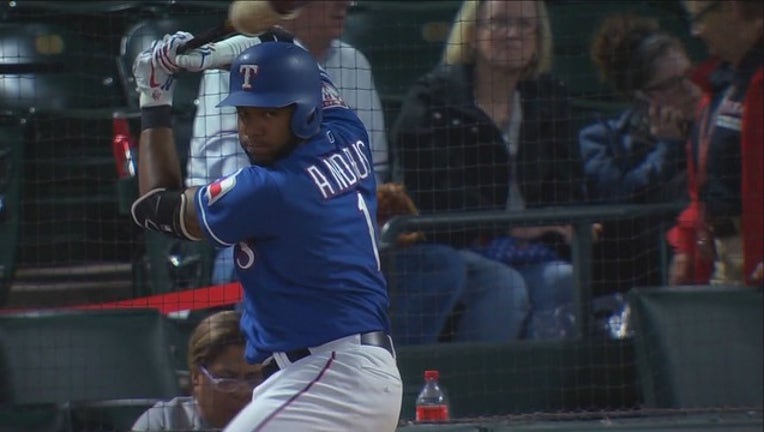 Texas Rangers fan favorite Elvis Andrus will be testing the patience of fans this season with his new walk-up song.

“Baby Shark” blared from the speakers at Globe Life Park on Monday night during the first Rangers preseason game of the year at the stadium.

Andrus didn’t say how long he would keep the repetitive song as his walk-up music. The Rangers open the 2019 season on Thursday at home against the Chicago Cubs.