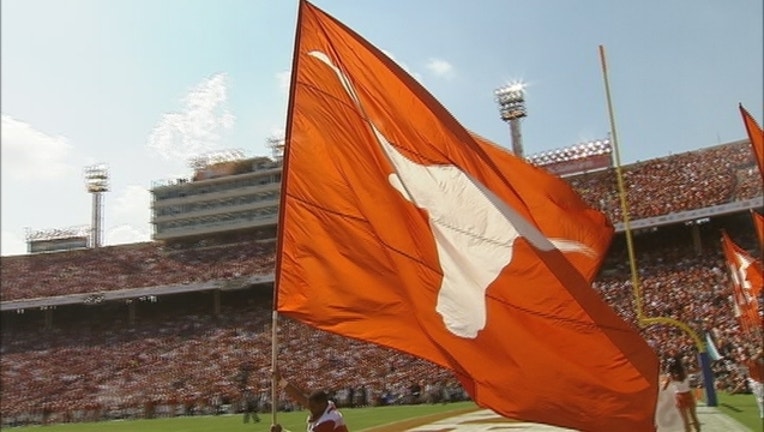 AUSTIN, Texas (AP) — With his program off to its worst start in nearly 60 years, Texas coach Charlie Strong has a simple message for Longhorns fans: Stay with us, this will turn around.

Strong insisted Monday that Texas' problems in last-minute losses the last two weeks are self-inflicted and fixable, and there is still hope on the horizon.

"It's a cycle we're going though right now, but it's a cycle that can turn quickly and turn in our favor," Strong said. "We need everyone behind us. When it flips, which it's gonna flip, then everybody wants to jump on board. Because it's gonna flip."

The current cycle includes special teams gaffes at critical moments, penalties that nullified touchdowns and the defense's inability to get off the field on third down.

"Our time is coming," Gray said.

But when? Texas fans been hearing the "we're so close" message for several years now.

Texas hasn't won a Big 12 title since 2009 and has rarely even been a contender. And fans seem to be growing weary. More than 13,000 seats were empty for the Longhorns' Big 12 opener.

Strong is 7-10 in the second season of a five-year contract that pays him more than $5 million per year.

But it's also true that Texas might be 3-1 if the Longhorns could have gotten out of their own way.

A missed extra point with 71 seconds left against California ruined a 20-point fourth quarter rally in a 45-44 loss.

Against Oklahoma State, the Longhorns had 16 penalties, including one that negated a third-quarter touchdown pass and two more crucial calls on Oklahoma State's drive to a tying field goal in the final two minutes.

One of those was an unsportsmanlike conduct call against Strong. He was arguing a defensive holding penalty on nose tackle Poona Ford, who had just been driven 5 yards backward by two Oklahoma State blockers.

Strong refused to publicly criticize the officiating or reveal exactly what he said to draw the flag.

"I don't remember," Strong said with a smile. "My lesson is I just have to stay under control. ... I can't lose my composure."

Texas was still in a tie ballgame at that point. Things didn't get away from the Longhorns until freshman punter Michael Dickson dropped a deep snap. His scramble to get off a left-footed, 10-yard kick set up the Cowboys' winning field goal.

As a group, Texas players refused to concede that 2015 will just be a season where the Longhorns can't catch a break.

"It's too early to give up. We've worked too hard for that," senior wide receiver Marcus Johnson said.

Johnson had a trick-play touchdown pass against Oklahoma State wiped out by a penalty.

"You make a big play and you have to see if there was a flag," Johnson said. "If we made those plays, we wouldn't be talking about catching a break."

Texas' three losses have come against ranked teams. Half the remaining games are against teams currently in the Top 25. The Longhorns opened the week as a three-touchdown underdog to TCU.

Strong took it in stride.