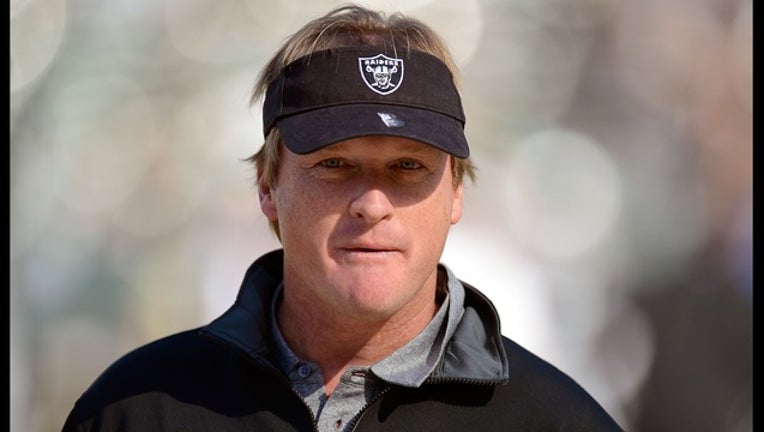 ALAMEDA, Calif. (AP) - The Oakland Raiders are set to bring Jon Gruden back for a second stint as coach.

A person with knowledge of the team's plans said the Raiders are planning a news conference Tuesday to announce that Gruden is leaving the broadcast booth to come back to coaching. The person spoke on condition of anonymity because the team has made no formal announcement.

The Raiders fired Jack Del Rio following a disappointing six-win season and talk immediately turned to Gruden. Gruden spent four years as coach for the Raiders before being dealt to Tampa Bay, where he beat Oakland in the Super Bowl following his first season in 2002. Gruden has been out of coaching for nine years.

The news conference was first reported by the Raiders Snake Pit website.