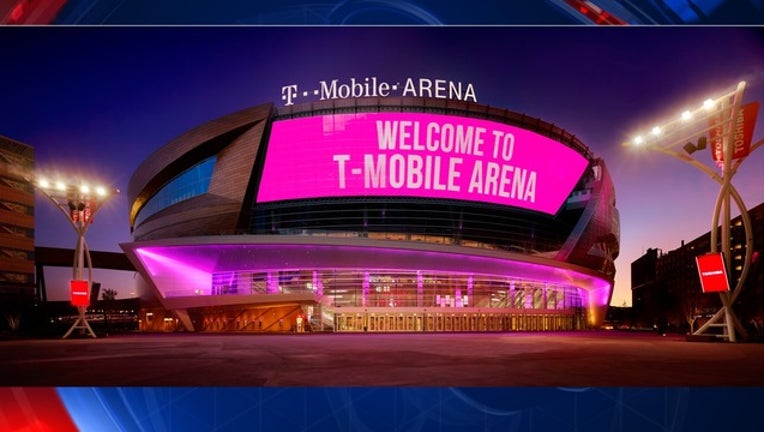 A person with direct knowledge of the NHL's decision says the league has settled on Las Vegas as its choice for expansion, provided organizers can come up with a $500 million fee.

The person spoke Tuesday on condition of anonymity because details have not been released by the league ahead of its Board of Governors meeting on June 22 in Las Vegas. Quebec City was also considered for expansion.

A second person who had been briefed on the decision said Las Vegas was a "done deal" following the recommendation of the NHL's executive committee.

The 2017-18 season would be the earliest the league would expand.

The franchise would be the NHL's 31st team and the first major professional sports franchise in Las Vegas, the rapidly growing gambling center of the American West.

The NHL hasn't expanded since 2000, when Minnesota and Columbus paid $80 million each to join the league. Prospective Vegas owner Bill Foley is a wealthy businessman who isn't likely to blink at the raised price tag proposed by NHL Commissioner Gary Bettman as an expansion fee.

The Las Vegas bid says it has secured more than 13,200 season-ticket deposits for the new team, which will play in T-Mobile Arena, the sparkling new multipurpose building on the south end of the Las Vegas Strip. The arena, which seats 17,500 for hockey, was built entirely with private money by MGM Resorts International and Anschutz Entertainment Group, the owners of the Los Angeles Kings.

The Las Vegas area had nearly 2.2 million people in the 2010 census, making it the largest population center in the U.S. without a major pro sports franchise. The days when sports leagues were wary of the potential corruption of Vegas' massive sports betting scene have all but vanished, making the city an attractive candidate for sports looking to get in on a growing market.

The Oakland Raiders have held serious discussions with Vegas leaders in recent months about a move to Nevada, with owner Mark Davis suggesting he and his partners could build a $1.4 billion domed stadium near the Strip with substantial public money. But Foley and the NHL have been working on a deal for much longer to bring hockey to the city — with the enormous advantage of an NHL-ready rink freshly opened in town.

The NHL has debated expansion for a few years, with Seattle and the Toronto suburbs also generating interest for another team. Bettman has said he doesn't worry about the league's product suffering from dilution.

Quebec City has a strong bid for expansion, but owners have expressed concerns about the strength of the Canadian dollar and a geographical imbalance if they add another team to the Eastern Conference, which currently has 16 teams to the West's 14.

Even with the serious financial woes of the Arizona Coyotes, who were essentially owned by the league for several years while struggling to find permanent leadership, the NHL apparently remains confident in its belief that hockey can thrive in a non-traditional Southwest market.

Vegas is in the middle of the Mojave Desert, but it has grown as a hockey town over the past 20 years since local youngsters like Jason Zucker, now with the Minnesota Wild, had to practice on one of the three rinks in town. The IHL's Las Vegas Thunder attracted large crowds in the 1990s when they played at the Thomas and Mack Center, and the ECHL's Las Vegas Wranglers took the Thunder's place until 2014 while playing at the Orleans Arena.

Foley hasn't said what he will call his new team, but the bid is run by a company named Black Knight Sports and Entertainment, the same name as his financial services company. Foley graduated from the U.S. Military Academy at West Point.