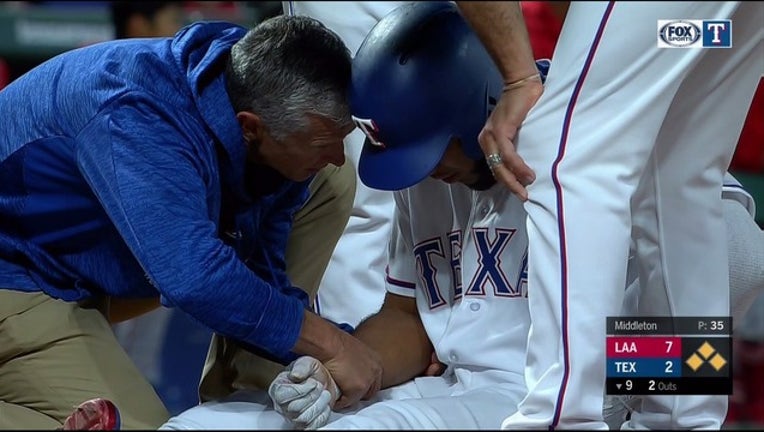 Dr. Keith Meister, the team physician, said the fracture is stable and will not require surgery. The elbow of Andrus' throwing arm is in a splint.

Andrus got hit by a fastball from hard-throwing reliever Keynan Middleton in the ninth inning of a 7-2 loss to the Los Angeles Angels on Wednesday night.

The Rangers will make a roster move Friday before the opener of their three-game series at Houston.

Andrus has never been on the disabled list before, and inactive for only three of the Rangers' 1,515 regular-season and postseason games since his big league debut in 2009. He was suspended one game in 2016 after the Rangers' brawl with Toronto, and missed two games while on the paternity list for the birth of his first child last July.