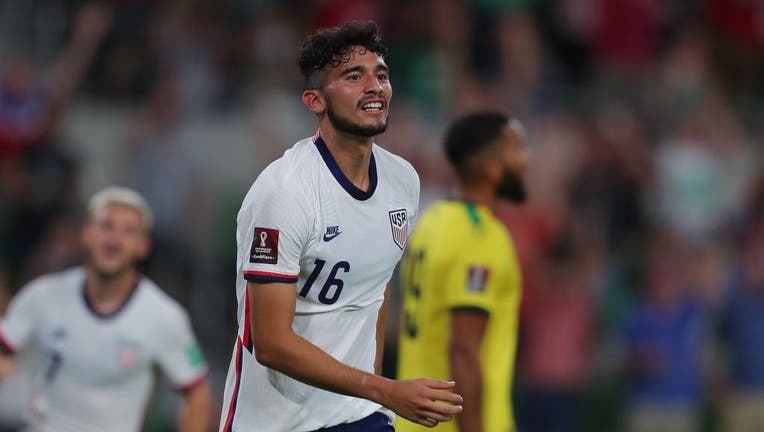 AUGSBURG, Germany - American forward Ricardo Pepi signed with Augsburg of Germany's Bundesliga from Major League Soccer's Dallas on Monday, agreeing to a 4 1/2-season contract that includes an option to extend through the 2026-27 season.

The Augsburger Allgemeine reported the German club was paying more than 13 million euros ($14.8 million) plus potential add-ons for the 18-year-old, which would be the highest amount for a transfer of a homegrown American player from MLS.

"We were able to provide him with a clear sporting plan for his future development that convinced him to come here," Augsburg general manager Stefan Reuter said in a statement. "We are certain that he will continue to improve here in Augsburg and that we’ll have a lot of fun together over the coming years."

The reported fee would be a record transfer for Augsburg, which has been in the Bundesliga since its first promotion to the top division for the 2011-12 season.

Augsbug is 15th in the 18-team league at the halfway mark, one point ahead of Stuttgart and two in front of Arminia Bielefeld. The bottom two teams are relegated at the end of the season, and 16th place goes to a playoff for a spot in next season's Bundesliga.

Augsburg has been hampered by injuries to forwards Florian Niederlechner and Alfred Finnbogason.

"Moving to Europe after the conclusion of the MLS season was my dream," Pepi said in a statement released by Augsburg. "I believe FC Augsburg and the Bundesliga will prove the perfect settings for me to gain match practice at the top level as a youngster."

Pepi made his MLS debut in 2019. He had 13 goals and set up two more in 31 league games for Dallas last season.

"While it’s a challenge to lose a player like Pepi, who was one of the most talented players in the league in 2021, it also creates an opportunity for us to reinvest the proceeds from this transfer on players who can make an immediate impact on the field and help us compete at a high level," Dallas coach Nico Estévez said in a statement.

Pepi was given the No. 18 jersey by Augsburg and could make his debut at Hoffenheim on Saturday.

Pepi made his U.S. national team debut in September and has three goals in seven appearances.

"We're excited for Ricardo," U.S. coach Gregg Berhalter said. "He's ready for the next step in his career, and Augsburg and certainly the Bundesliga is a great league for him to make this next step. He's a talented striker. He's shown the ability to be really effective at a young age."

"He has a tremendous work rate, able to run for the whole game," Berhalter added. "In the penalty box is where he realty comes alive. He has good instincts to score, and he doesn't need a lot of time to get his shots off."