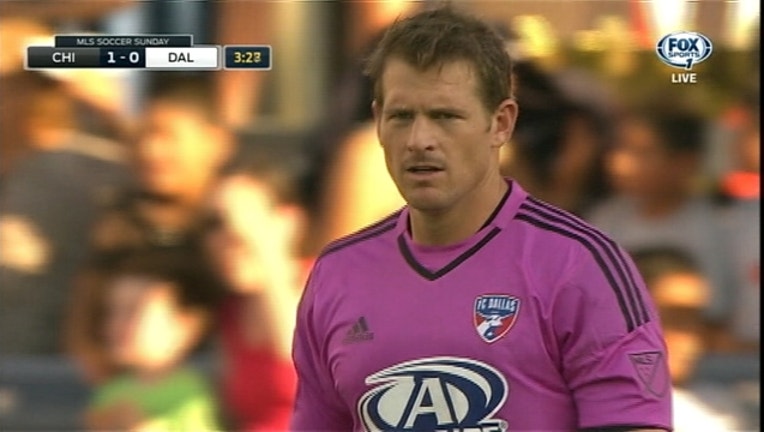 The loss snapped a six-game unbeaten streak - and five-game win streak - for FC Dallas (11-6-5), which was shut out for the first time since June 6 against San Jose.

Jason Johnson found a streaking Accam for a right-footer from just outside the 6-yard box to open the scoring in the fourth minute.

Chicago's Matt Watson was shown a red card in the 78th minute, but Kennedy Igboananike drew a foul in the penalty area on Kellyn Acosta, and Maloney's penalty kick to bottom-left corner gave the Fire (6-11-4) a 2-0 lead about 7 minutes later.

Dallas nearly doubled Chicago in time of possession, but had just three shots on target - two of which came in stoppage time.