With Tom Brady and the Buccaneers one game away from being in the Super Bowl in Tampa, fans are getting ready for the very real possibility of a home game for the big game.

TAMPA, Fla. - The NFL plans to allow 22,000 fans to attend Super Bowl LV next month, 7,500 of whom are vaccinated health care workers. That’s about one-third of what Tampa’s Raymond James Stadium normally holds.

The reduced capacity is due to the ongoing COVID-19 pandemic, which has forced some teams, including the Tampa Bay Buccaneers, to play home games in empty stadiums at times this season.

The city of Tampa and the Bucs began allowing limited fans in the stands in early October after an empty home opener. 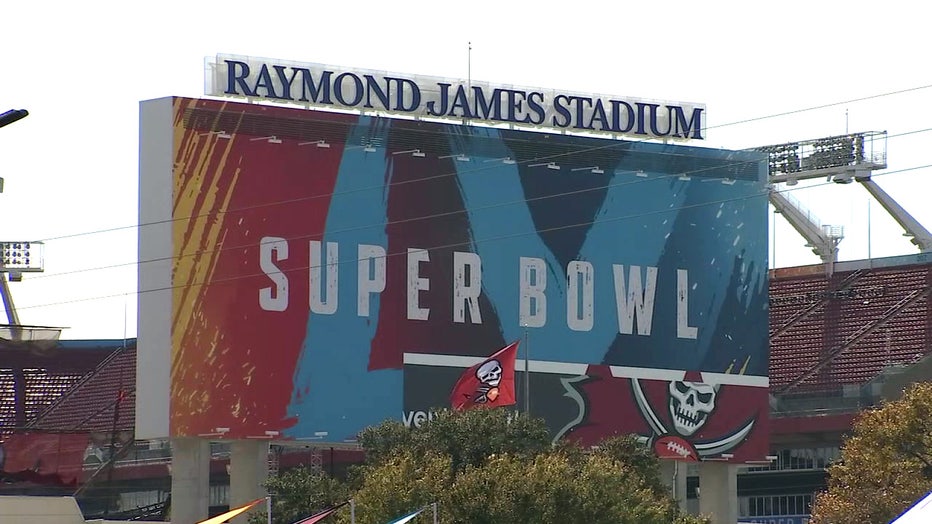 Gov. Ron DeSantis, who was critical of the city’s decision to open the season without fans at the stadium, applauded Friday’s announcement.

"On behalf of Floridians and football fans across the nation, I'd like to thank the many men and women who worked hard to make this game a reality, especially our frontline health care workers," he said in a press release about the plan.

According to the NFL, the majority of the 7,500 health care workers at the game will come from hospitals and health care systems in Central Florida. They’ll receive free Super Bowl tickets and game-day experiences from the NFL, but travel and accommodations will not be included.

Sarasota Memorial Hospital workers who have received the COVID-19 vaccine were told via video call by NFL Commissioner Roger Goodell they were going to the Super Bowl in Tampa. In all, 7,500 healthcare workers are being invited.

In addition, all 32 teams are choosing vaccinated health care workers from their own communities to send to the game.

The normal capacity for Raymond James Stadium is around 66,000, though 4,000 additional end zone seats are traditionally added for the Super Bowl. 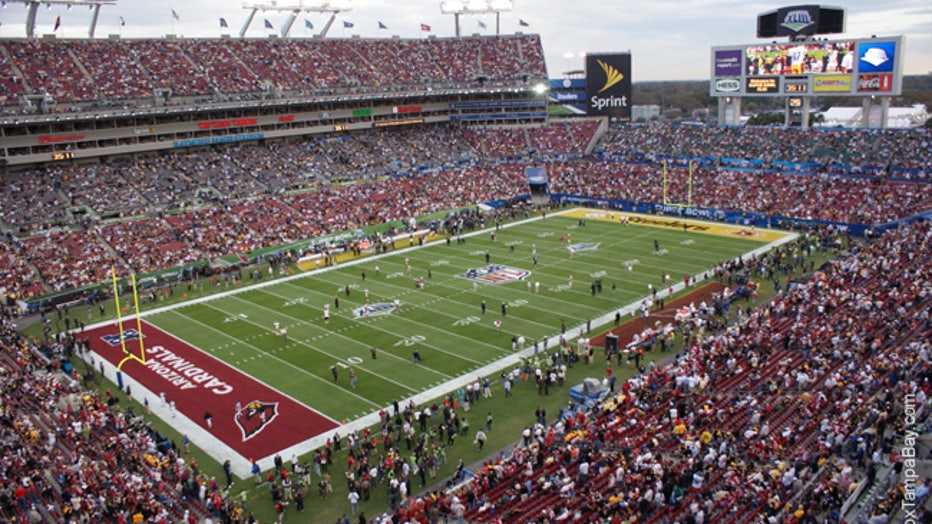 Like the rest of the country, Florida’s COVID-19 cases are on the rise. The 14-day rolling average for the percentage of people testing positive in Hillsborough County – home to Tampa and Raymond James Stadium – is 13.64%, well above the 5% considered acceptable by the CDC.

The state also added a record number of new deaths reported in a single day on Friday.

NFL Fan Experience goes up ahead of big game

Workers are transforming Julian B. Lane Park into the Super Bowl Experience, an interactive NFL theme park with family games and entertainment, the Lombardi Trophy on display, and virtual meet-and-greets by NFL greats.

Nevertheless, the league says federal, state, and local officials all signed off on the plan to host the game, which includes mandatory mask-wearing, social distancing, podded seating, plus touchless in-stadium experiences at concessions, restrooms, and security checkpoints.

"Our local healthcare workers have worked around the clock to ensure the health and safety of our community and I cannot think of a better way to honor them than with the eyes of the world on our hometown for Super Bowl LV," Tampa Mayor Jane Castor offered. "Our country has endured so much over the last year and we can't lose sight of those who worked day in and day out to keep us safe. Thank you to the NFL for helping make this happen." 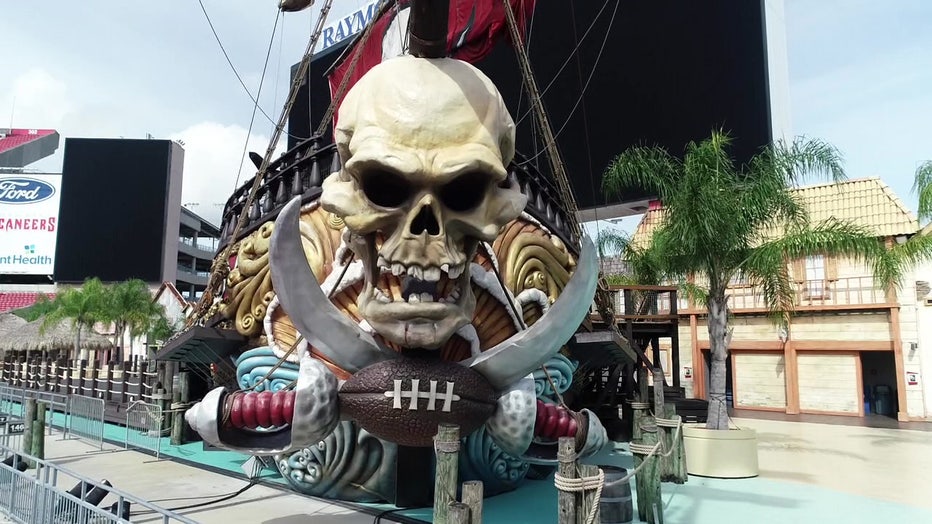 This weekend’s conference championships will determine the teams who will meet on February 7. The Buffalo Bills and Kansas City Chief are vying for the AFC spot, while the Buccaneers will have to beat the Packers in Green Bay for a chance to be the first team to play the Super Bowl in their home stadium.