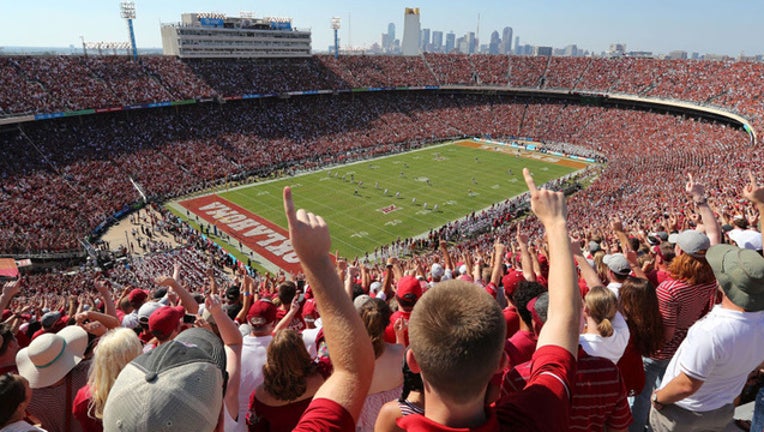 The annual Red River Showdown between Texas and Oklahoma will air on FOX4 this year.

FOX Sports announced on Thursday that in addition to the game, a special pregame show will air live from the State Fair of Texas the morning of Saturday, Oct. 6.

The pregame show set will be located on Lone Star Boulevard between the Hall of State and the Esplanade. The first hour of the show will air beginning at 9 a.m. on FS1 and the second hour at 10 a.m. will air on FOX4 and simultaneously on FS1.

The game kicks off at 11 a.m. and features FOX’s lead play-by-play team of Gus Johnson and Joel Klatt and sideline reporter Jenny Taft.