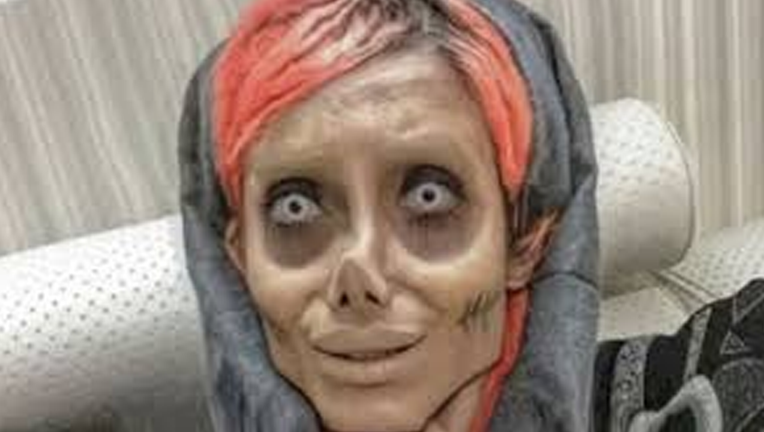 IRAN - An Iranian Instagram star known worldwide for her creepy transformation into a zombie Angelina Jolie was arrested for “encouraging youth corruption,” according to a report on Sunday.

Sahar Tabar, 22, was detained on the orders of Tehran’s guidance court, which deals with “cultural crimes and social and moral corruption,” according to Agence France-Presse.

The young woman shot to fame in 2017 after  claiming that she'd had 50 surgeries to look like her favorite Hollywood star — and posting selfies showing her hollow cheeks, inflated lips and cartoonish upturned nose.

She later revealed the shocking, emaciated look was actually created with the help of makeup and digital editing.

Last year, she shared images with her tens of thousands of followers showing what she actually looks like.

The social media celebrity was arrested after members of the public made complaints about her, the Tasnim news agency reported.

Her arrest is the latest in a series of crackdowns on, mostly female, Instagram users in Iran.