"You have earned this spot, you are worthy. You are a great American," Sen. Cory Booker said during an impassioned speech on Wednesday.

WASHINGTON - Sen. Cory Booker cut through a tense third day of hearings on the Supreme Court nomination of Judge Ketanji Brown Jackson on Wednesday with a speech on racial progress that drew tears from the nominee and held the rapt attention of colleagues.

Booker, a Black Democrat from New Jersey, said he could no longer hold back his emotion over how Jackson has conducted herself in the face of combative questioning about her handling of child pornography cases, her representation of accused terrorists and her views on anti-racism teaching in schools.

"You faced insults here that were shocking to me," Booker said, speaking directly to Jackson, who is nominated to become the first Black woman on the high court.

"Nobody’s taking this away from me," Booker continued, choking up as he spoke. Republicans are "gonna accuse you of this and that. But don’t worry, my sister. Don’t worry. God has got you. And how do I know that? Because you’re here, and I know what it’s taken for you to sit in that seat."

Jackson, who was sitting silently with her hands clasped, unlocked her fingers to grab a tissue and wiped tears streaming down her cheeks. It was the first time in nearly two dozen hours of questioning from senators that she had showed that much emotion. 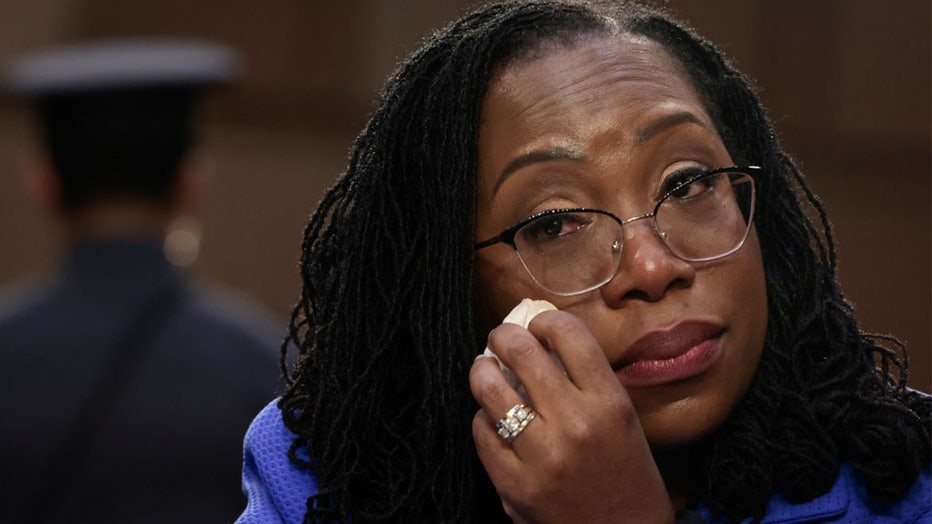 Since the beginning of Jackson's hearings Monday, Democratic and Republican senators have saluted the nominee's history-making appointment, praised her pedigree, and noted her pleasant temperament and empathetic approach to the law.

But Booker used his remarks to ground Jackson's elevation to the Supreme Court in a significance beyond simple diversity. In order for Jackson to sit before the panel, he said, she had to overcome systemic barriers and overachieve at every level. Only then could she have the chance to break through one of the last remaining racial ceilings in American democracy.

"I want to tell you, when I look at you, this is why I get emotional," Booker said. "I’m sorry, you’re a person that is so much more than your race and gender. You’re a Christian. You’re a mom. It’s hard for me not to look at you and not see my mom. I see my ancestors and yours."

He added: "You have earned this spot. You are worthy. You are a great American."

After a day of charged partisanship, every Republican in the room gave Booker their full attention. Save for some sniffles, the room was completely quiet for the duration of his remarks. 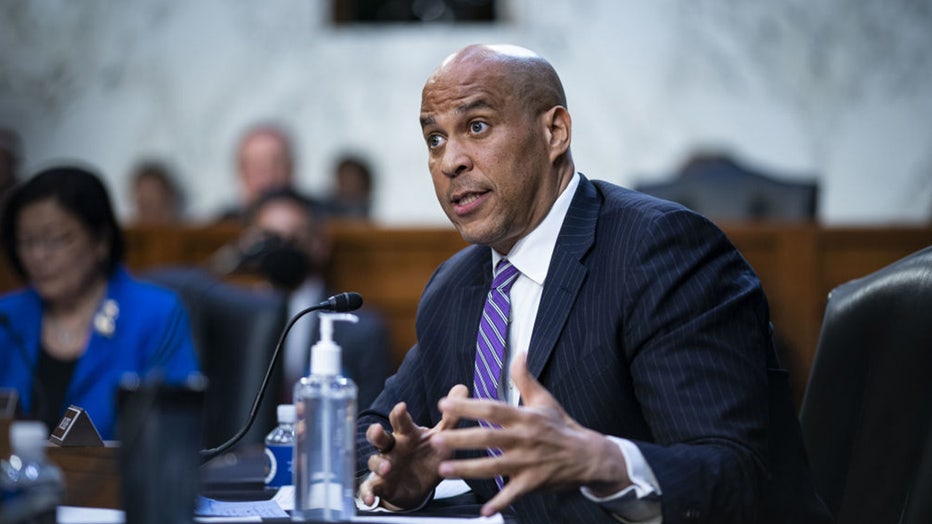 During the recess, a line of people, including Jackson's father, approached Booker and hugged him, several wiping away tears.

When the hearing resumed, a question from Sen. Alex Padilla, D-Calif., about her being an inspiration to young Americans elicited more emotion from Jackson. She said his remarks and question were "very moving."

Jackson choked up as she told the story of walking around at Harvard University, feeling as if she didn’t belong, when another Black woman who she did not know passed and seemed to understand what she was feeling. "Persevere," she said the woman told her.