Leaders have said it's a detailed, highly-secure process.

The phones are busy, and so is the walk-up counter at the election headquarters.

“I can just go ahead and check your registration right quick, what is your date of birth?” one staffer said.

“Just drive around the building, handed over show ID, sign the roster, and carry on,” another staffer explained to one voter.

And the drive-thru ballot drop-off is busy as well. 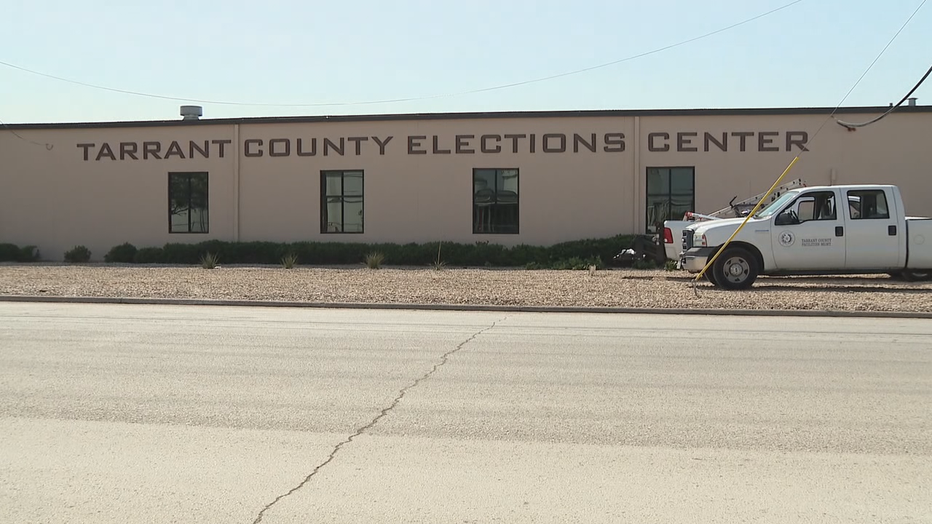 But Garcia is reminding people that if they deliver their ballot in person, it must be done at the elections office drive-thru, and they’ll have to show ID.

For those who mail it in, there’s a different scrutiny, which involves an appointed ballot board that consists of a group of appointed Republicans, Democrats, and libertarians.

“They work together and they work in pairs of members from different parties to look at those signatures and they say, ‘This is a match to the record,’” Garcia said. “When they don’t agree on it being a match, it goes to the committee as a whole for a vote of 20 people or 30 people, whatever is convened that day. They take a majority vote to basically say yay or nay on the signature match.”

Signature discrepancies will be identified with the help of high speed technology.

A new machine will handle the higher volume with ease, and it was purchased with CARES Act funding.

“A job that used to take maybe two, three, or four hours is going to take 10 or 15 minutes. This machine runs five or six ballots per second. It takes high speed pictures of both sides and puts them in the system ready for the ballot board to look at,” Garcia explained.

Mail-in voters, whether drive up or via postal service, can track their ballot’s status on the county’s website.

“We wanted to get this in early so we’re set,” voter Jim Hadd said. “We’re happy we could come and do it this way.”

“I’m glad to have this set up right here. It makes it a lot easier,” voter Andre Murden said. “That’s the most important thing.”