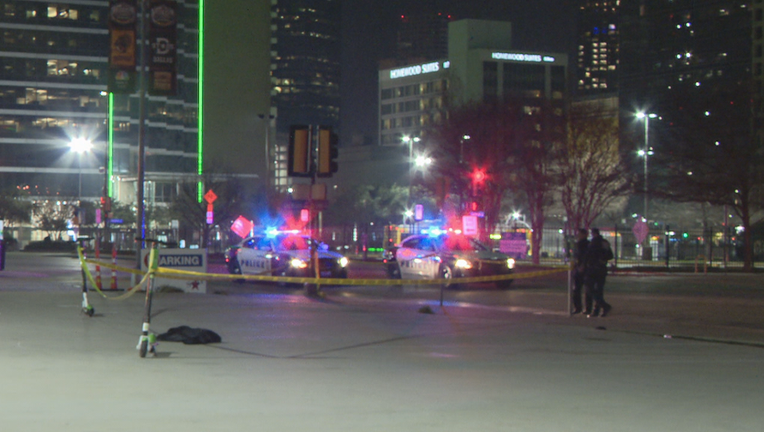 DALLAS - Police are investigating a shooting in Downtown Dallas that left one woman in the hospital.

Dallas police said a man and a woman pulled over in a parking lot to call 911 because they believed a known suspect was following them.

The suspect reportedly got out of his vehicle and confronted the couple. He pulled out a pistol and then got into a physical altercation with the other man, police said.

During the struggle, one shot was fired. It’s still early in the investigation but police believe the bullet ricocheted off the ground and hit the woman in the chest. 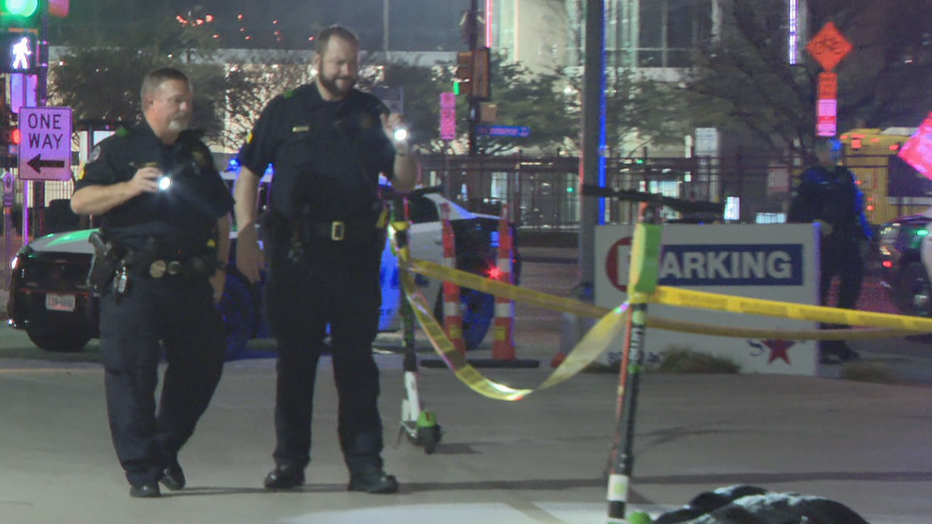 The woman was taken to the hospital with non-life-threatening injuries.

Police are still looking for the suspect. They did not release a description of the man.