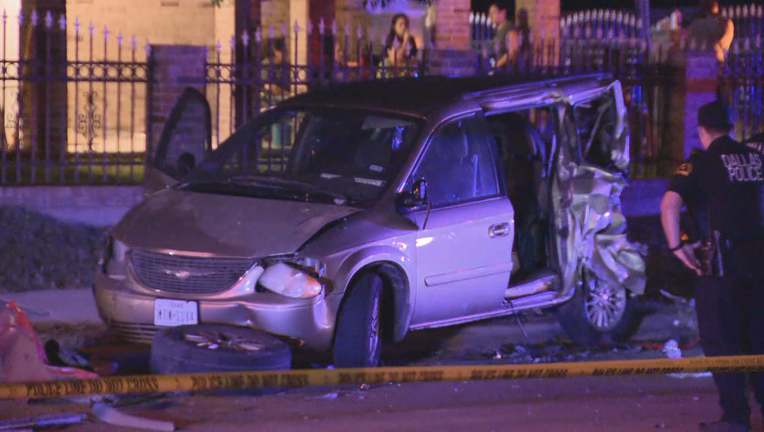 DALLAS - A woman was killed and a man was seriously injured early Saturday morning after police said they were struck while getting into their vehicle in Dallas.

Investigators found that a 57-year-old man was helping a 60-year-old woman, who requires the use of a walker, into the driver’s side of their minivan that was parked on the residential street.

As that was happening, a pickup truck with three men inside was traveling down the road at a high rate of speed.

That truck crashed into the minivan, then came to a stop after slamming into an unoccupied car. 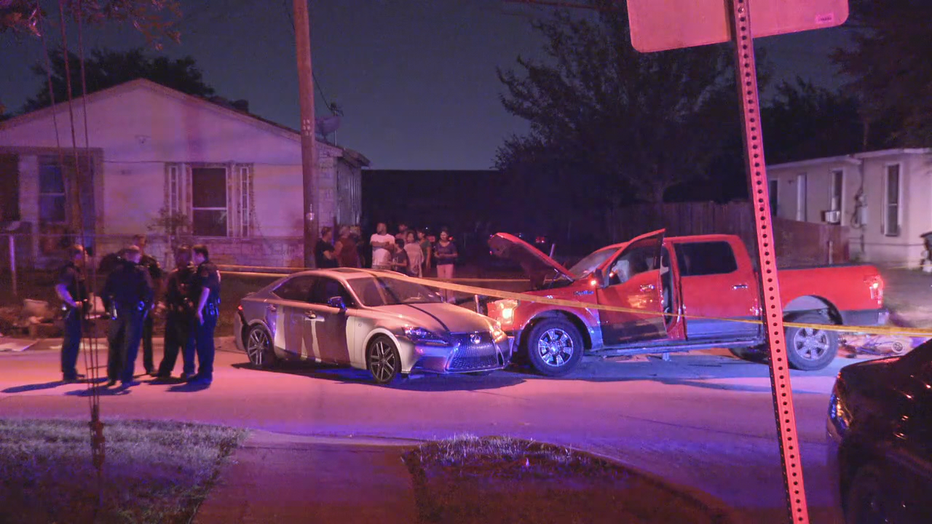 The man and woman getting into the minivan were taken to a hospital in critical condition.

Police said the woman died from her injuries, and the man is now in serious condition. The victims have not yet been identified.

There was also a woman in her 20s in the front passenger seat of the minivan. She was also injured, but is expected to be okay.

The three men inside the truck fled on foot after the crash, but were later taken into custody.

The crash was also caught on a nearby home's surveillance video.