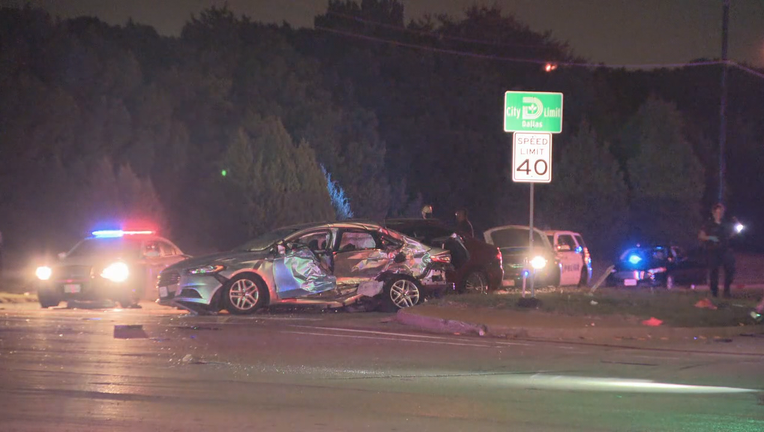 The crash happened just after 1:30 a.m., when police said an SUV slammed into a car, and then that car struck another vehicle.

It happened along Clark Road, near Camp Wisdom Road in Duncanville, south of Dallas.

A 29-year-old woman was pronounced dead at the scene, while a passenger in her vehicle was taken to a local hospital with multiple injuries.

Police said the driver and a passenger from the SUV fled the scene on foot.

The investigation is continuing.