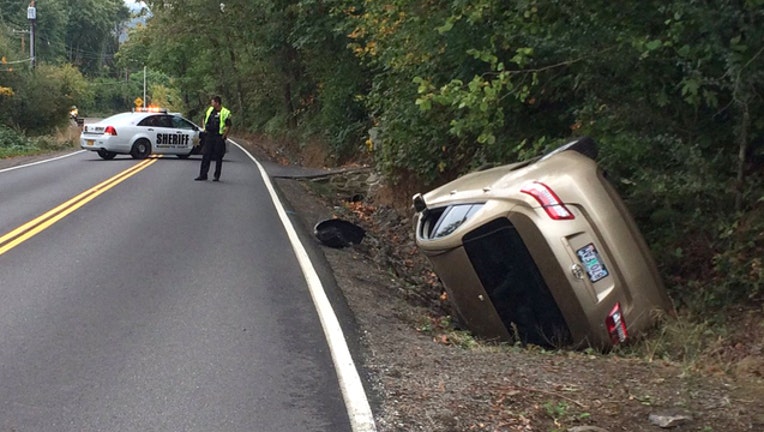 PORTLAND, Ore. (FOX 13) - Most people don't love spiders. Even more probably don't like to have a spider crawling on them.

A driver in Oregon definitely was not happy when a spider apparently dropped from her car's rearview mirror while she drove through the Bonny Slope area Wednesday.

The Washington County, Oregon Sheriff's Office said the woman lost control of her car when it happened and she, the spider and the car flipped over on the side of the road.

Thankfully, the woman was not badly injured. Apparently the spider got away before authorities arrived.

Spider season in full swing.Driver not injured after crash when spider drops from mirror on NW Thompson Rd today.BR