Driver killed after crashing with school bus near Justin

A school bus was involved in a crash Tuesday near the Justin and Fort Worth border.

FORT WORTH, Texas - The driver of a vehicle died after a crash with a school bus in Fort Worth on Tuesday evening.

The crash happened on FM 156 just south of Northwest High School, near the Justin and Fort Worth border.

A Northwest ISD bus and a vehicle collided and an adult woman inside the car was killed, officials said.

Another adult in the car was injured, but that person's condition is unknown.

No students were on the bus at the time.

Police are investigating what led to the crash. 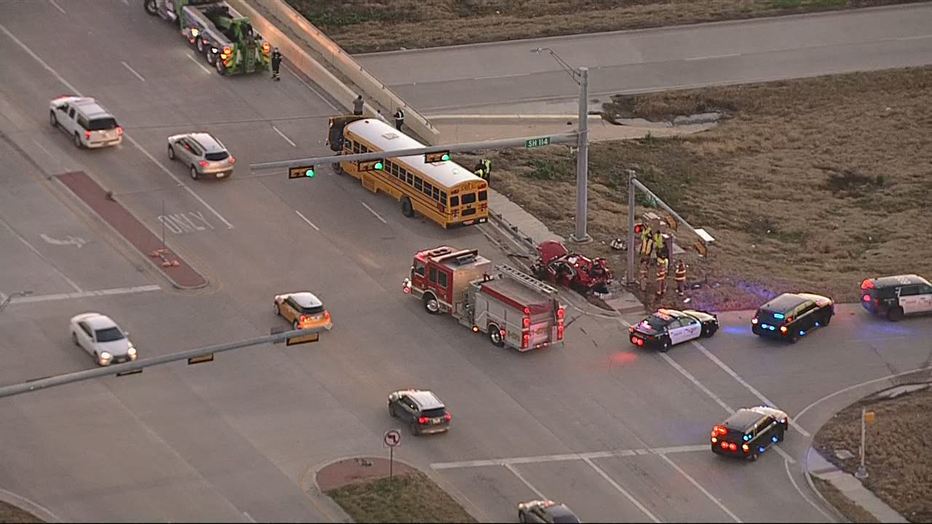