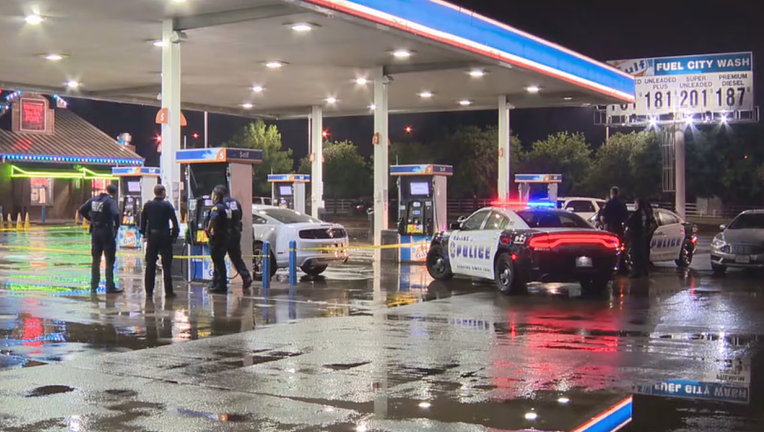 DALLAS - A woman is in custody at a hospital after police said she rammed into two cars, one of which was a Dallas PD vehicle.

It happened just before 1 a.m., at the Fuel City gas station in the 800 block of S. Riverfront Blvd., south of Downtown Dallas.

Police said she rammed a car in the Fuel City parking lot, believing her boyfriend was cheating on her.

She then tried to drive away, and a short chase ended when the woman crashed into a pole.

She was taken to a local hospital to be treated for minor injuries.