With more North Texas locations reopening with limited capacity, will they make enough to stay open?

A few of the places known to be packed around summertime are now allowing a fraction of customers as usual. But will the capped capacity make opening financially worth it?

A few of the places known to be packed around summertime are now allowing a fraction of customers as usual.

Will the capped capacity make opening financially worth it?

For now, Hurricane Harbor is only open to members and season pass holders.

Cinemark is also reopening some of its North Texas locations.

Both attractions have enhanced safety protocols in place.

They're hoping that brings back customers and much needed revenue. 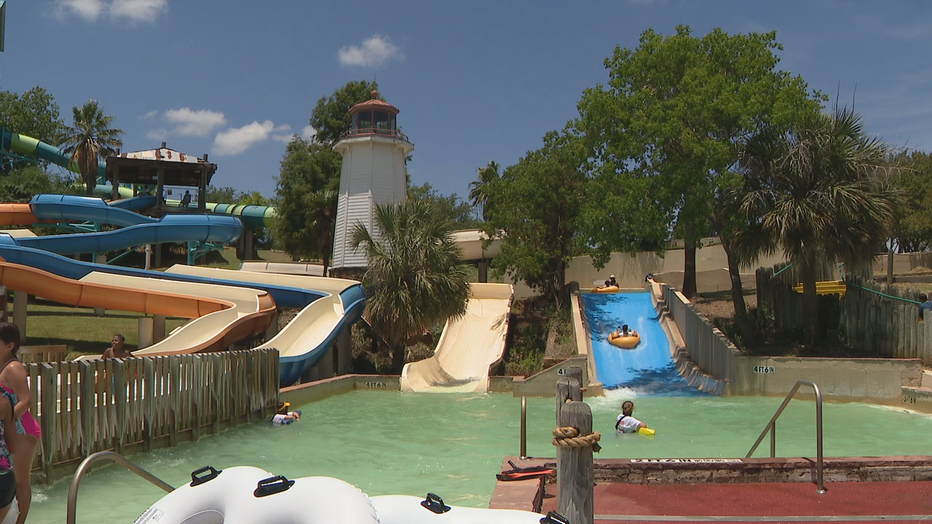 The hot Texas weather attracted folks in need of cooling off to Hurricane Harbor in Arlington Thursday.

The largest water park in North Texas has reopened at 50 percent capacity.

“A guest has to make a reservation before they come to the park,” Hurricane Harbor Communications Manager Sharon Parker said. “That helps us with social distancing, monitoring the number of people who are coming in.”

Among the enhanced sanitation and safety procedures in place are that guests have their temperatures checked before gaining access to the park and sanitation stations are set up around the property.

“We all had to have mass to get into the park, but once you get in, you haven’t had to have anything,” Kate Martin said. “It’s better than I expected.”

In Plano, Cinemark is preparing to reopen some of its North Texas theaters for the first time in months.

“We’re going to be starting with five theaters, including this one right here in West Plano,” Cinemark COO Sean Gamble said.

A deep cleaning of each theater will be done every morning, and there will be another cleaning done between showings.

High-touch areas, like restrooms, counters, and door handles, will be cleaned every 30 minutes.

Seating will be staggered between parties, and guests are strongly encouraged to wear facial coverings.

“All of our employees will be wearing facemasks and gloves,” Gamble said.

With limited capacity guidelines in place, revenue for both companies is expected to be low to start, but the hope is that cash flow will improve over time.

“If you build it, they will come. It’s proving to be the case today, and we anticipate that will be the case moving forward,” Parker said. “This is a refreshing break that many of our guests have been looking for.”

And because movie sets have been shut down, Cinemark and other theaters that choose to reopen won't have any new releases to show.

Classic films will be featured instead, at a reduced cost.

Six Flags will reopen Friday to members and season pass holders only.

Both amusements parks open to the public on Monday.