With curfew over, protesters peacefully march into Friday night

Hundreds of protesters marched around downtown and all the way to West Seventh Street before dispersing. Several groups joined together to one big group. They marched through the streets peacefully. 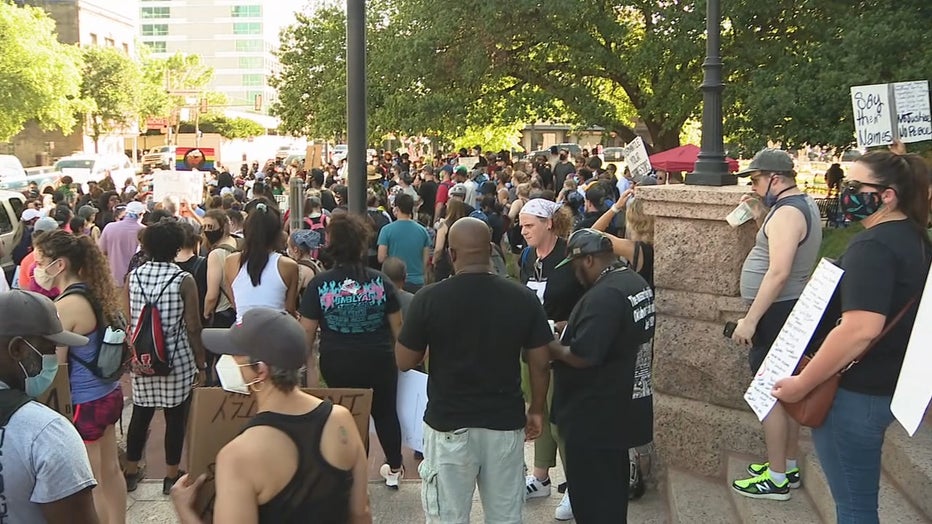 “It's opening up people's eyes more than anything,” said protester Charles Ferrell. “I don't know about the change, but I think it's starting to make people aware.”

Protesters said they welcome officers kneeling, but they are hoping for policy changes instead.

Protests remained peaceful all day. Police kept a distance but followed the group.

The group said they specifically wanted to disrupt West Seventh Street area because it’s a popular area and they wanted attention. However, there was never a threat of violence.