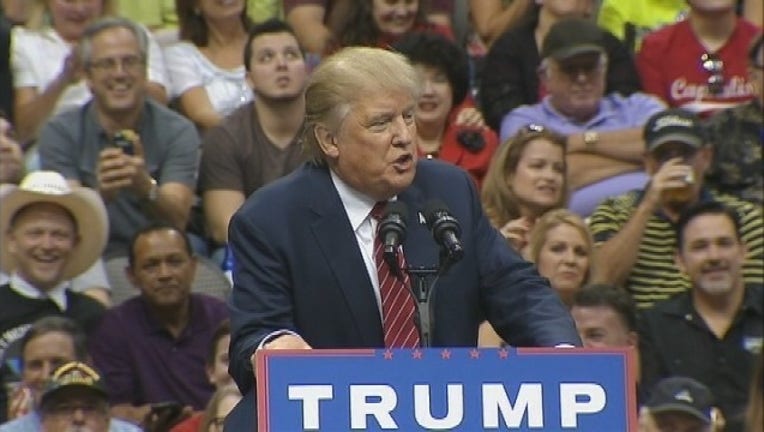 WASHINGTON (AP) - First-time candidate Donald Trump got a late start on fundraising in 2016, holding his first big-ticket donor event only five months before Election Day. That won't be the case next time.

Some 40 months ahead his next election, the president holds court at a $35,000-per-plate donor event Wednesday night at his hotel in Washington. About 300 people are expected to attend an event that will pull in about $10 million, said Lindsay Jancek, a spokeswoman for the Republican National Committee.

"He's raising money for the party," she said. "I don't think that's abnormal for any president."

Sanders' statement that Trump is raising cash for the GOP tells only part of the story, though.

The first cut of the money raised goes to Trump's 2020 re-election campaign. The rest gets spread among the RNC and other various Republican entities. Having multiple beneficiaries is what allows Trump to ask for well above the usual $5,400 per-donor maximum for each election cycle.

Those contribution limits are likely to change because this fundraiser is so early that new donation limits for 2020 have not been set by the Federal Election Commission.

Breaking with tradition, the White House initially planned to bar reporters from seeing Trump's speech at the fundraiser. But it relented after reporters objected and agreed to let a pool of reporters watch the president's remarks.

In the first three months of this year, the Trump campaign raised more than $7 million, through small donations and the sale of Trump-themed merchandise such as the ubiquitous, red "Make America Great Again" ball caps.

The RNC also is benefiting from the new president's active campaigning, having raised about $62 million through the end of last month. The party has raised more online this year than it did in all of 2016 - a testament to Trump's success in reaching small donors.

Trump's re-election money helps pay for his political rallies. He's held five so far, and campaign director Michael Glassner says those events help keep him connected to his base of voters.

Walters also says the White House takes care to make sure that Trump's political events and travel - including the Wednesday fundraiser - are paid for by the campaign and other political entities.