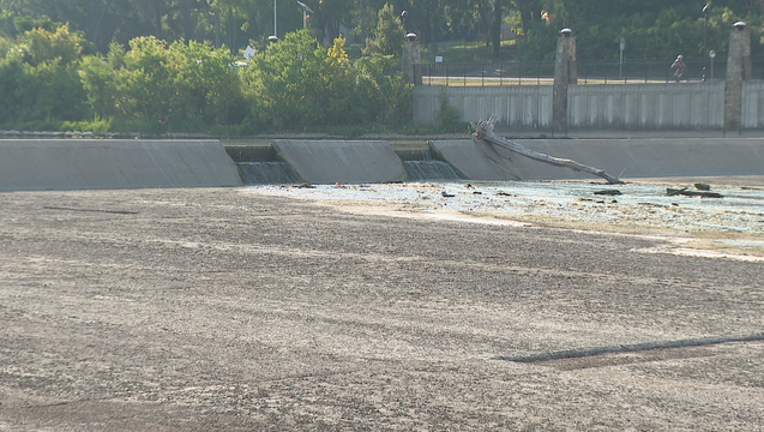 The City of Dallas says people living near the White Rock Lake spillway shouldn't worry about flooding, despite there being an opening in the spillway.

Part of the dam has stop logs in it, which are added and removed to control lake levels. Two of those wooden logs, which have been in place for more than 20 years, failed and water started flowing from the spillway.

Visitors said on Friday they have noticed a difference in the lake levels since the opening was made.

“I was out here last Friday and it seems a bit different,” said Andrew Dalton.

“The bottom landing is usually covered with water, but now it is completely exposed,” said Chad Goodlow.

Dallas Water Utilities officials said it has replaced the stop logs and made a temporary fix. It added that the agency will keep an eye on the dam and water levels.