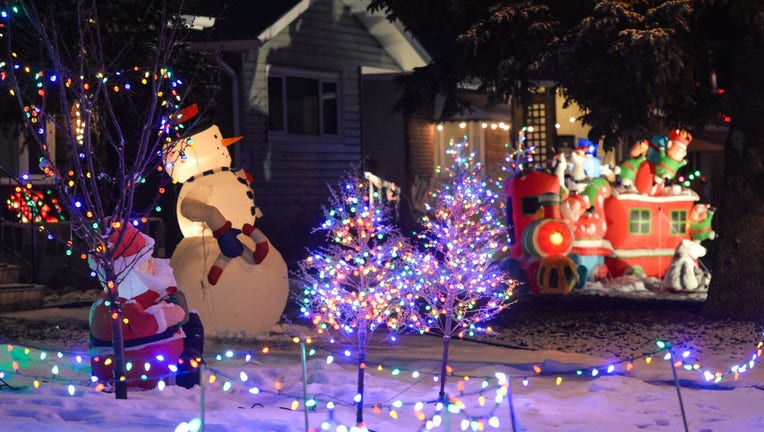 When is the appropriate time to hang Christmas lights on the home and decorate the tree? A recent survey sought to find out the date that Americans deem most acceptable to put up holiday decorations.

The survey, conducted by the home improvement website House Method, asked nearly 4,000 U.S. homeowners when they thought it was too early to put up Christmas lights and when they planned on hanging them this year.

RELATED: How to pick the perfect Christmas tree and keep it alive

What is the earliest day you should hang up Christmas lights?

Another interesting finding: Of those surveyed, more Americans preferred to leave their lights up year-round (4%) than those who believed that the first week of November was too early to put out lights (3%).

When do Americans actually plan on hanging Christmas lights?

While 16% said Dec. 1 is the earliest people should hang up Christmas lights, the survey also found that the majority actually planned to hang them in early to mid-November.

"These figures imply that most U.S. homeowners like to see homes lit up closer to the holidays but will begin to make preparations beforehand," the survey report said. "Practically speaking, this makes sense, as many homeowners are extremely busy throughout December. Between holiday get-togethers and Christmas shopping, many American households have little time for decorating."

When asked about what specific times homeowners intended to hang up their Christmas lights, about 20% said that they planned on the week of Thanksgiving. Meanwhile, 2.8% said they planned to cut it close and hang their lights on Christmas Day, with the highest concentration of respondents in California and Indiana.

When asking homeowners if they leave their Christmas lights up all year round, 12% said yes, even though only 9% said it was acceptable.

The survey found several trends when looking at the responses on a state-by-state basis.

A vast majority of states — 34 out of 50 — believe that hanging up lights before Thanksgiving is too early. Two notable exceptions were Georgia and Delaware, whose residents were more likely to put up Christmas lights in October, according to the survey.

"When looking at our survey results, we can see that most Americans prefer to hang up their Christmas lights in mid-November, specifically around Thanksgiving and Black Friday," the survey report concluded. "However, a few states begin decorating earlier, with some displaying their yuletide adornments before Halloween."