Meteorologist Matthew Cappucci spoke with LiveNOW from FOX's Josh Breslow about the impact of the 'Bomb Cyclone' on the U.S.

From rain to snow to driving winds and arctic cold, the Christmas-week blizzard has brought with it just about every kind of crummy weather you can imagine to a large swath of the U.S.

As of Friday, you can add a seiche (pronounced saysh) to that list.

Seiches happen when winds blow across a large, enclosed or nearly enclosed body of water. These winds push water from one end of the lake or sea to the other. This creates a large drop in water levels on one side of the body of water while levels increase on the opposite side. 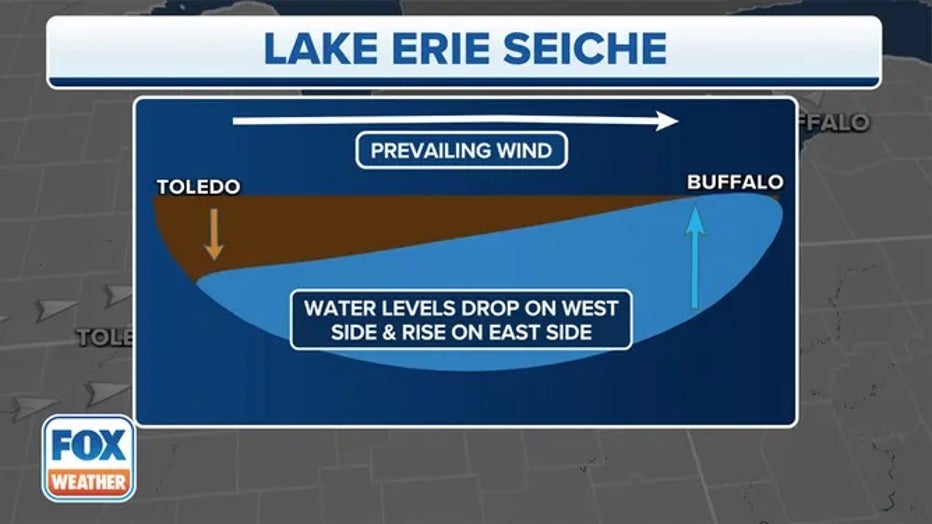 Winds push water from one side of Lake Erie to the other, creating a seiche. (FOX Weather)

Once the winds relax, the water sloshes back to the end it came from, leading to a back-and-forth movement of water from one side of the lake or sea to the other. According to the National Oceanic and Atmospheric Administration’s Ocean Service, this sloshing motion continues for hours or even days.

FOX Weather winter weather specialist Tom Niziol said the ferocious winds from the week’s powerful storm created a seiche on Lake Erie on Friday that pushed water from Toledo, Ohio, on the west side of Lake Erie, to the eastern shores in Buffalo, New York.

"When you push the water at one end, it goes down, and the water at the other end goes up; that’s essentially what happened," Niziol said.

Lake Erie is known for seiches, according to NOAA’s Ocean Service. A 22-foot seiche breached a sea wall in 1844 and killed 78 people. 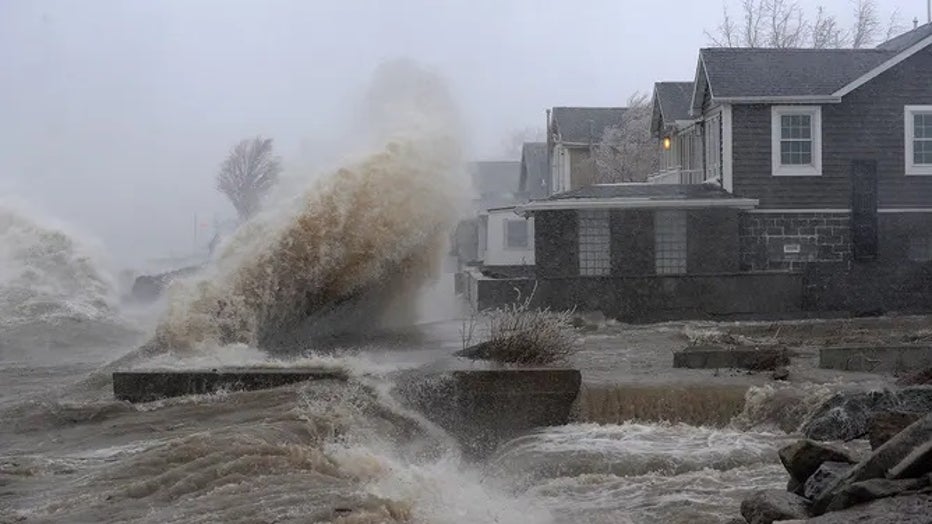 Lake Erie waters wash over the shoreline on Dec. 23, 2022 in Hamburg, New York, a suburb of Buffalo.(John Normile / Getty Images)

Lake Pontchartrain, near New Orleans, Louisiana, is also known for smaller seiches that mainly happen during the summer, according to the Ocean Service.