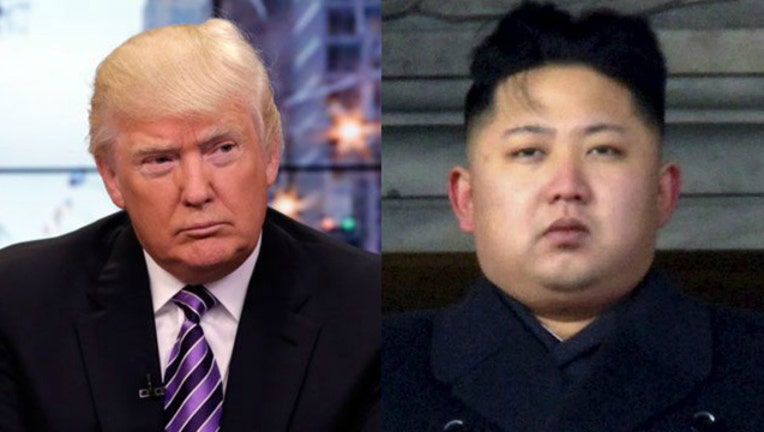 The two countries haven't had significant, high-level talks in years and, as White House Press Secretary Sarah Huckabee Sanders emphasized, a meeting between the two leaders themselves could be the fastest way to turn around what has become an increasingly dangerous impasse.

So a lot could go right. It's a bold, audacious and potentially groundbreaking gambit by both leaders.

But if Trump doesn't play his cards wisely, and if his decision to accept Kim's summit offer was as hasty as the details out in public now suggest, he could risk unnecessarily elevating Kim's global status, setting up a diplomatic breakdown, and rushing other - possibly military - action to make up for it.

The AP asked three experts what they believe are the major pitfalls ahead. Here are their thoughts:

Summit skeptics generally cite the problem of legitimacy as a main concern.

For Trump, one big trap could be the optics. Does he really want to stand should to shoulder with a leader his administration has denounced as a brutal, ruthless dictator who can't be trusted? What message does that send? What if Kim insists the summit be held in North Korea's capital?

"Kim isn't inviting Trump to relinquish his nuclear weapons. He's inviting him to be treated as an equal to the United States of America - a goal sought by every Kim since North Korea began its nuclear program," said Vipin Narang, an associate professor of political science at the Massachusetts Institute of Technology who specializes in nuclear non-proliferation and Asian security.

He said another big point is that while it's not necessarily so hard to simply set up a summit, going from no contact at all to the contacts at the highest level in such a short span of time - the summit is supposedly to take place before May - can make it hard to gauge what accomplishments are realistic and what isn't.

"Trump will want North Korea to commit to complete, verifiable and irreversible denuclearization right then and there," Narang said. "It won't. The North will want the U.S. to commit to ending the hostile policy in totality. It won't. And both sides walk away with nothing."

But Suzanne DiMaggio, who helped facilitate the first official discussions between the Trump administration and North Korean government representatives in Oslo last year, said she is concerned the apparent lack of lower-level groundwork that usually paves the way for summits could cause big problems.

DiMaggio, of the Washington-based New America Foundation, directs what's called the "track two" channel of unofficial talks between the U.S. and North Korea and is one of the few Americans with experience talking to and negotiating with the North.

"Engaging an adversary with whom we've had scant communications over many years presents especially difficult challenges," she warned. "A hollowed-out State Department only amplifies the magnitude of the challenges. This, combined with President Trump's infamous penchant for going off script and his admiration of authoritarian types, could weaken our negotiating position."

The summit announcement comes as the U.S. still has no ambassador in South Korea. Joseph Yun, the U.S. special representative for North Korea and one of America's most experienced North Korea experts, recently retired.

Adam Mount, a senior fellow and director of the Defense Posture Project of the Federation of American Scientists, said North Korea could put a reasonable deal on the table that Trump feels unable to accept. That could lead other regional players - and particularly China - to decide that Pyongyang is not the problem.

"Unfortunately, he said, "this possibility is made easier by accepting the invitation prior to the customary staff work that usually precedes a summit."

Even without major, game-changing breakthroughs, simply establishing a viable channel of communication and a baseline relationship could make it easier to defuse future tensions before they get out of hand.

But if Trump goes into the summit looking for a huge, game-changing breakthrough and comes up embarrassingly short, he could find himself with few options for a next step.

"If Trump goes at all, and expects to announce a denuclearized North Korea, he will leave disappointed and maybe angry enough to believe that talks are useless and only military options are left," Narang warned.

Without a lot more clarity going into the summit, he added, it could fall through in the worst way.

"There is enough wiggle room on both sides for either side to back out," he said. "In my view, working-level dialogue is the most promising way forward. No talks and zooming straight to a Kim Jong Un-Donald J. Trump summit are both likely to end badly."