City leaders say someone tampered with a fire hydrant, contributing to the problem.

FERRIS, Texas - After days without it, the city of Ferris now has flowing water again. However, a boil water notice is still in effect.

City leaders say someone tampered with a fire hydrant, contributing to the problem.

The fire station at South Church and West 6th Streets in Ferris was doubling as a water distribution center on Tuesday.

The Ferris police chief says it’s the third time the desperate measure has been taken in about the last three months. The city’s water supply has been impacted each time for different reasons.

This time, the city under a boil water notice and schools were closed since Monday.

“What we do is we hand out cases of bottled water to the citizens, and we also have gallons of distilled water for people who are on C-paps or breathing machines and need distilled water,” said Ferris Police Chief Eddie Salazar.

“Everything was fine until a cap was taken off a fire hydrant,” said Ferris Acting Mayor Tommy Scott. 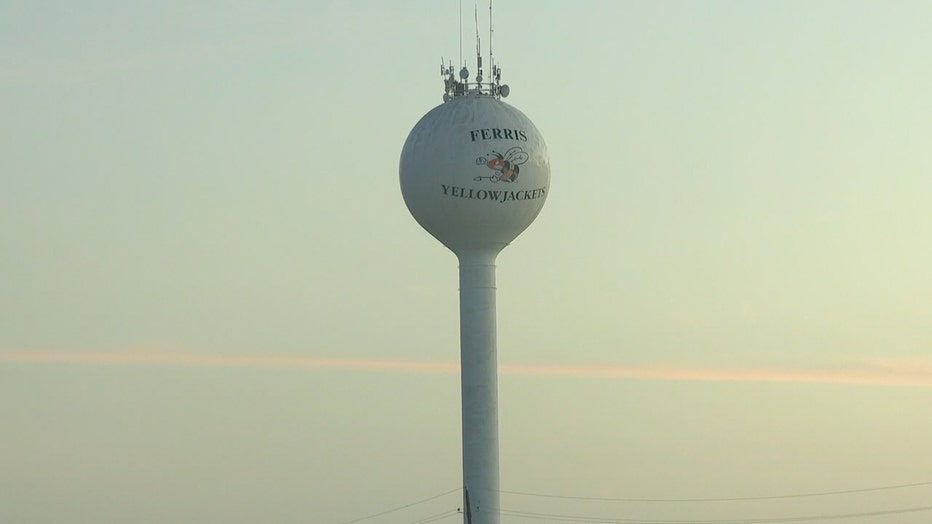 On Tuesday morning, the acting mayor said a fire hydrant that had been tampered with near the intermediate school drained the city’s water supply. The city even offering a $1,000 reward for information on a possible suspect.

But by Tuesday afternoon, the city says the real culprit was a huge pipe breakage under the elementary school that went unnoticed over the weekend. The tampered fire hydrant was a contributing factor.

The city says a boil water notice will remain in effect for the immediate future.

Midway Baptist Church has been passing out water jugs to families.

The boil water notice will remain in effect for the next 2-5 days.

The city submits water samples to the state. They will run tests and then gives the ok that the water is suitable to drink.