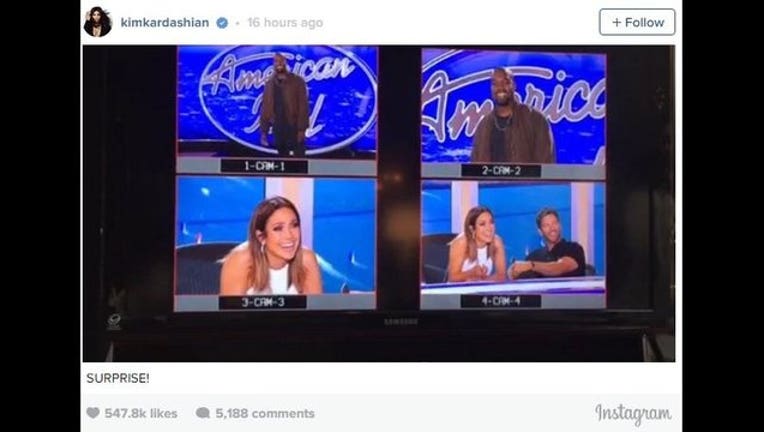 Kim Kardashian posted a behind-the-scenes pic on her Instagram.

(FOX 11) - Could Kanye West be the next—pause for effect—American Idol?

Hours after performing for President Obama at a Democratic National Committee event Saturday in San Francisco, the rapper apparently headed over to "American Idol" auditions also being held in the Bay Area this weekend.

According to Rolling Stone, Yeezus surprised judges Jennifer Lopez, Harry Connick Jr. and host Ryan Seacrest by dropping in to sing an a cappella version of his song "Gold Digger."

Ryan Seacrest was pumped up too.

Yeezy made it to Hollywood!