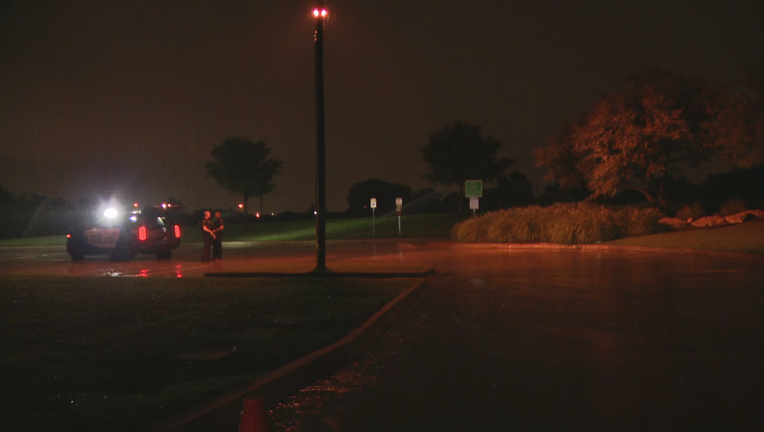 WATAUGA, Texas - A police officer in the Fort Worth suburb of Watauga is recovering after being shot overnight.

The shooting happened around 10 a.m. Monday after officers tried to a suspect in a stolen vehicle.

The man allegedly stopped near a park just south of Watauga Road and tried to get away on foot.

When officers caught up to the man, he allegedly shot at them and hit one officer in the arm. The officers did not shoot back.

The injured officer is expected to be okay.

The suspect ran away and has not yet been caught.

Police from Fort Worth, Haltom City and North Richland Hills are now helping with the search.