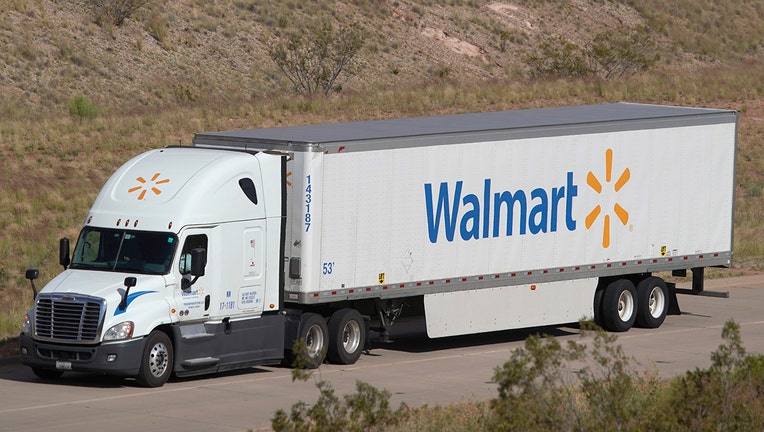 NEW YORK - Walmart workers who once unloaded trucks now have a chance to drive them.

The nation's largest retailer has launched a training program that gives employees who work in its distribution or fulfillment centers a chance to become certified Walmart truck drivers through a 12-week program taught by the company's established drivers.

Walmart, based in Bentonville, Arkansas, also said it is raising pay for its 12,000 truck drivers. The starting range for new drivers will now be between $95,000 and $110,000, according to Walmart spokeswoman Anne Hatfield. The retailer said that $87,500 had been the average that new truck drivers could make in their first year.

Tractor trailers haul everything from food to feed families to cars soon to be on the road, but there’s a chronic shortage of truck drivers which is slowing deliveries of goods needed by Americans across the country.

The moves announced Thursday come as the pandemic has made trucker shortages more severe as demand to move freight reaches historic highs. The American Trucking Associations, a large industry trade group, estimates that the nation is short about 80,000 drivers.

Walmart said about 20 workers in Dallas and Dover, Delaware, have earned their commercial driver’s licenses. About 400 to 800 workers in the company's supply-chain network are expected to complete the truck-driving program this year, Hatfield said.