Several doctors are issuing a warning after a shortage of certain children's medications led to parents using adult medications instead. FOX 13 Tampa's Kellie Cowan spoke with LiveNOW from FOX's Josh Breslow about the stern warning.

The drugstore chain said improved supplies allowed it to lift its restriction of six products. The company had placed no limit on in-store purchases. 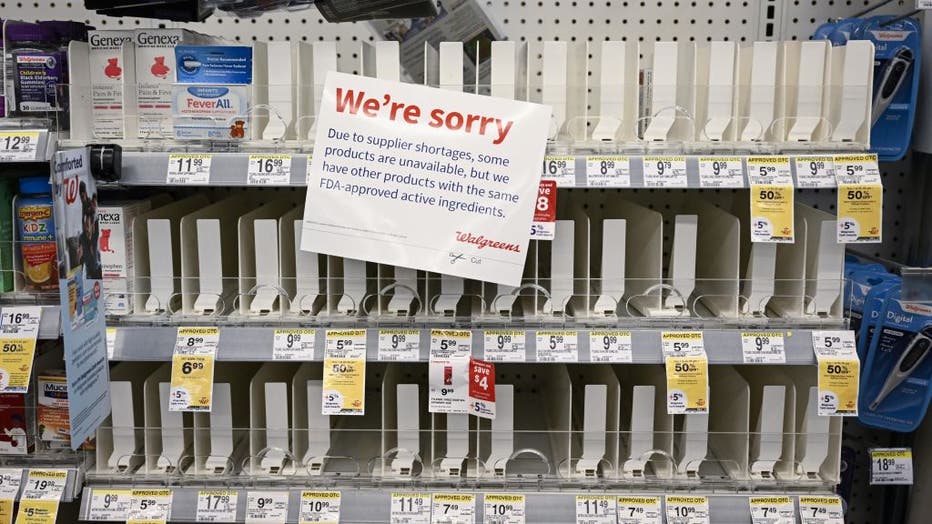 A sign is placed near the section for children's medicine, Monday, Dec.19, 2022 at a Walgreens, in New York, United States. (Photo by Fatih Aktas/Anadolu Agency via Getty Images)

RELATED: Children's medication shortage: Doctors explain what parents should do amid 'tripledemic'

A CVS Health spokeswoman said Tuesday that limits on some children's medicines remain in place. She did not offer a time frame for when it might end.

An unusually fast start to the annual U.S. flu season, plus a spike in other respiratory illnesses, created a surge in demand for fever relievers and other products people can buy without a prescription.

Shortages of medicines like Children’s Tylenol developed, varying around the country and sometimes even within communities.

Experts who track medicine shortages said in December that the problem could persist through the winter cold-and-flu season. But they noted that it should not last as long as other recent shortages of baby formula or prescription drugs.