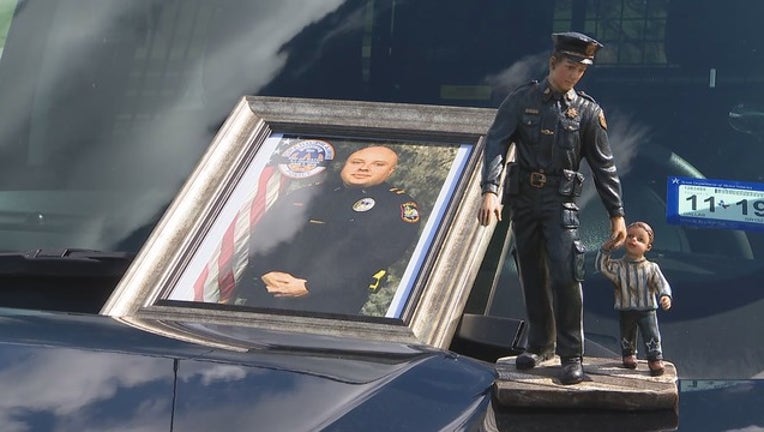 Officer Castaneda was thrown off the overpass.

The man who called in the crash was actually an off-duty Arlington police officer.

He was driving on the Bush Turnpike with his family when he saw Castaneda's vehicle.

He saw him beneath the highway and immediately called for help.

"When I looked over the bridge, that's when the emotions hit. I saw my brother in blue not responding," Arlington PD Det. Michael Gresham said. "Because of where he was there and where we were on the bridge, there was no way for me to get down there. Thankfully, Grand Prairie got there so fast, so quick, and started working on their brother and doing everything they could to save him.”