A yoga practitioner’s routine on a beach in Exuma, in the Bahamas, was upstaged when she was bitten by an iguana who had been sharing the beach with her. (Credit: Mykah Smith via Storyful)

A woman got a rude surprise while attempting a yoga pose on a beach in the Bahamas on Aug. 20.

Mykah Smith was on a beach on Exuma Island when she decided to make a video showing off a few of her yoga poses. Nearby, an iguana can be seen sunbathing as Smith begins recording her video.

As Smith proceeds to do a few yoga poses, a second iguana comes into view. Smith then extends her left hand outward and points it down towards the sand when the second iguana jumps up and bites her fingers. 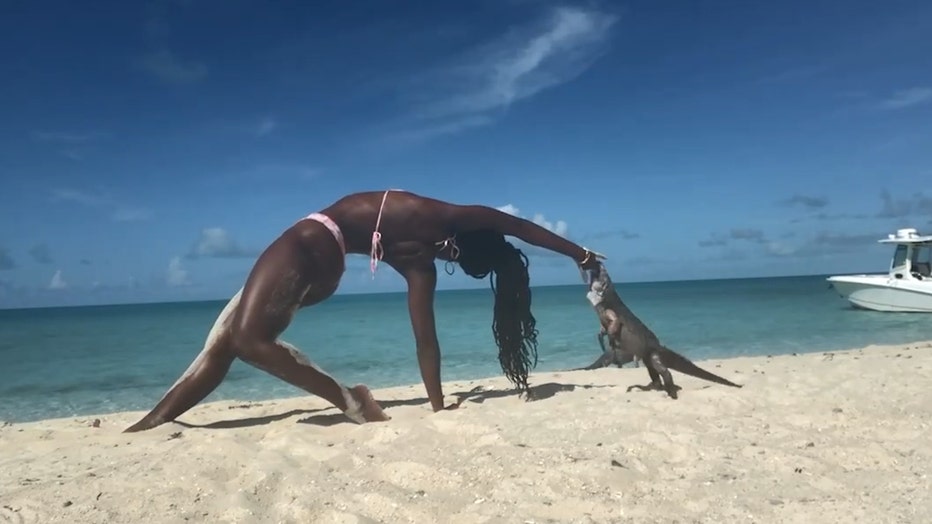 Smith can be heard in the video screaming unsavory words while throwing sand at the offending iguana, after which the animal casually saunters off.

Smith said that she washed the blood away in the ocean after the bite and that her doctor said she did not suffer any major injuries.