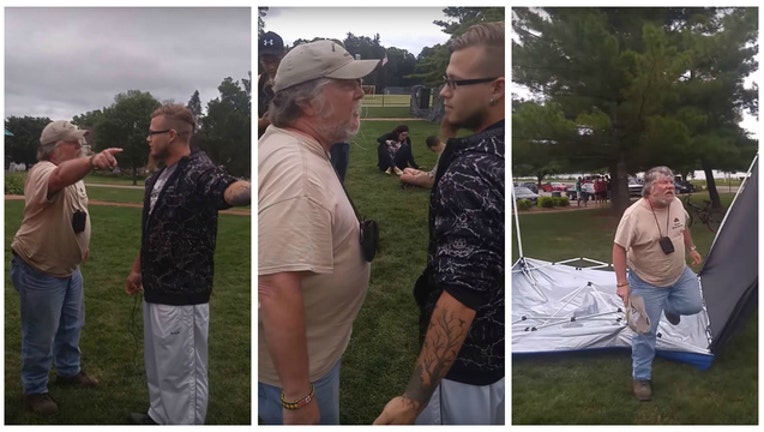 FOX NEWS - A video of a veteran confronting a group of Pokemon Go players at a memorial park in Minnesota is going viral and causing a debate.

The video shows an irate Reed yelling at the players for disrespecting a place that's meant to honor the sacrifices of our nation's veterans.

As the back-and-forth escalates, Reed destroys one of the tents that the players had set up.

"It's not a (expletive) campground!" Reed shouts. "These are like (expletive) gravestones right there!"

Reed said he was charged with disorderly conduct and destruction of property after the incident.