The proposal would be an expansion to the already successful Bonton Farms in South Dallas.

DALLAS - A pilot program is in the works to help more homeless people in Dallas.

The proposal would be an expansion to the already successful Bonton Farms in South Dallas.

The urban farm, which grows food and helps create jobs and housing, will now have a location on Greenville Avenue and 635.

The idea of Bonton Farms at Lake Highlands is to create a type of ecosystem where people experiencing homelessness can find stable housing and meaningful work on an urban farm.

Daron Babcock is the founder and director of Bonton Farms, an urban farm that works to grow lives as it grows vegetables.

When he opened in 2012, Babcock says the city wrote him up because he planted a garden and was selling vegetables, saying it was against an ordinance at the time. Since then, the city has changed its perspective. 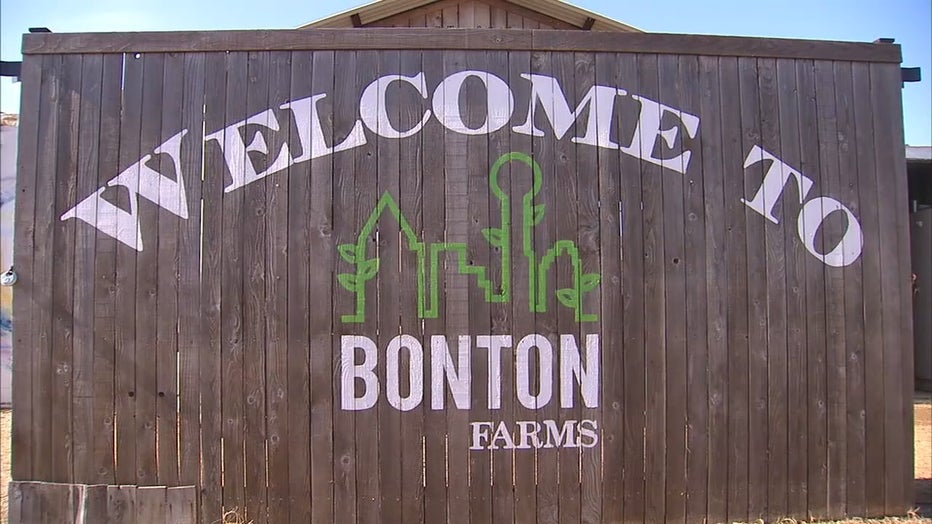 “I'd like to see it on West Side as well,” said Jennifer Gates with the Dallas Council Economic Committee.

“Every part of the city of Dallas needs a site like this,” said committee member Tennel Atkins.

Bonton Farms in Southern Dallas has already proven its model is successful with its farm, market, cafe, coffee house and farmer's market.

“Eight years in, Bonton started serving men coming home from incarceration,” Babcock said. “In 8 years, we have not had a  single person re-offend. I think that speaks to effect strategy has on people we serve.”

Now, Babcock is looking to launch a second location that would also provide up to 120 tiny houses for people coming out of homelessness.  The location at Greenville Avenue and Interstate 635 is close to many homeless encampments now.

“Unlike most nonprofits, we create social enterprises that create revenue and jobs to make our work sustainable,” Babcock said.

Babcock left his home in a wealthy suburb to move to the impoverished Bonton neighborhood in 2012.

“Nine years ago, I had a George Floyd experience,” he said. “I got introduced to the Bonton neighborhood. I could not look the other way as if I hadn't seen what I had seen and remained ignorant to the suffering of my neighbors.”

The urban farm is now a model that attracts visitors from around the world.

“We know that makes a difference for people to move to self-sufficiency,” he said.

The Greenville Avenue location is currently owned by the city, and Bonton Farms would need to obtain the land through a land transfer agreement with the city. The full city council is expecting to consider it later this month. Community meetings will also be held to get feedback from neighbors.