An 86-year-old woman from Santa Rosa says a UPS driver came to her rescue in the middle of his work day.

SANTA ROSA, Calif. - An 86-year-old woman from Santa Rosa says a UPS driver came to her rescue in the middle of his work day.

On her way to a medical appointment, Magda Vahey fell and broke her wrist while crossing the street near Providence Santa Rosa Hospital last month.

UPS spokeswoman Amanda Catala said Devon Brooks saw the woman lying in the middle of the street bleeding and ran to help.

Vahey said she saw a car approaching and tried to move faster and stumbled.

When Vahey told him that she was in excruciating and pain couldn't walk, Brooks carried her to the hospital and stayed until she was admitted, Catala said.

Not only that, but Vahey remembered her purse and belongings scattered in the street when she fell and figured her stuff was lost forever.

Unbeknownst to her, Brooks had picked up every last item, Catala said.

Brooks is being called a hero.

"I don't feel like a hero, I just feel like I did what anyone should do," Brooks said.

But not everyone reacted like Brooks. In fact no one did. Cars and pedestrians passed Vahey by as she suffered a broken arm and wrist and a bruised leg.

"When they put my purse on the gurney, I realized Devon had tucked my sweater inside," Vahey wrote. "His actions were extremely thoughtful and special."

And on whether or not he's a hero, "Absolutely he's a hero. He saved me from what could have been a horrible calamity," Vahey said.

UPS said that Brooks is so modest, they only learned what happened after Vahey wrote them a thank you note. Her grandson in law also happens to work at UPS. He told management about what Brooks had done.

Management called Brooks to commend him. "I'm not a big fan of attention," Brooks said with a smile and laughter.

Vahey thanked Brooks from the bottom of her heart. "He's a good example of kindness." 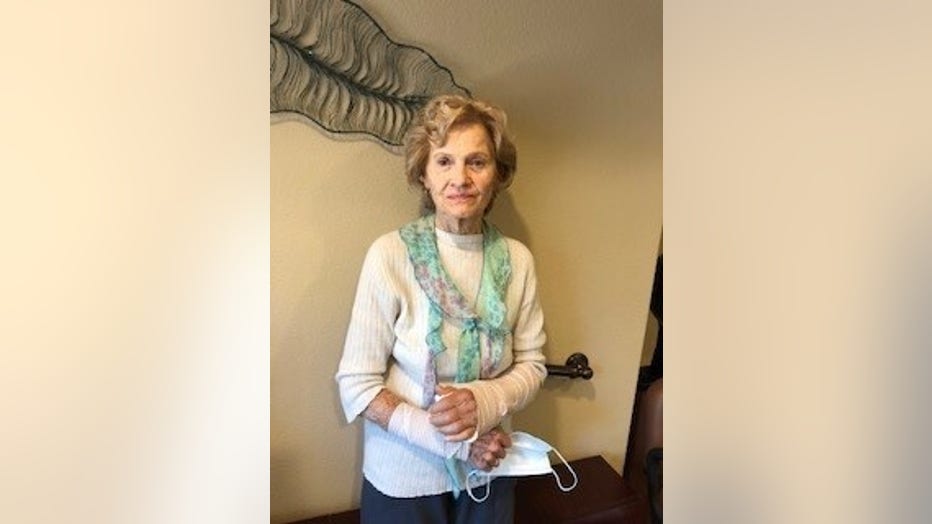