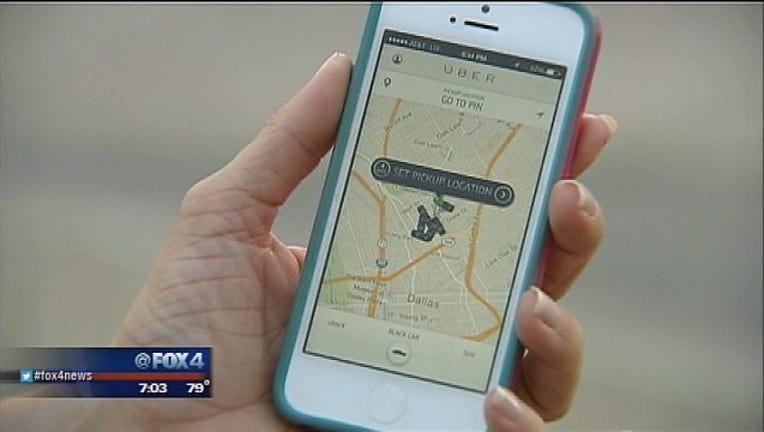 Taxis are losing business travelers to ride-hailing services like Uber, a survey shows.

That's a big jump from just the beginning of the year. In the first quarter, Uber Technologies had 46 percent of receipts tracked by Certify compared with 53 percent for taxis.

Certify based its finding on the 28 million trip receipts its North American clients submit each year. It does not include receipts from business travelers whose companies use other services to track expenses.

Uber connects travelers with various cars through its smartphone app. Some drivers work for car service companies; others spend a few hours driving their personal cars on the side for some extra money.

Business travelers might be quickly moving toward Uber, but employers still have reservations about safety and liability. Depending on the city, Uber drivers aren't necessarily regulated by government taxi licensing authorities. Both Uber and competitor Lyft insure their drivers during paid rides and also require the drivers to carry personal auto insurance that covers them the rest of the time.

Uber's pricing compared with traditional cabs can vary. Its UberX service, often drivers in Toyota Camrys or Honda Civics, is typically cheaper, but its high-end black cars and SUVs cost a premium. During peak hours, Uber charges a "surge" premium that can add anywhere from 20 percent on to the cost to doubling or tripling it. During really busy periods the surge can be even more.

In a few cities, Uber beat out taxis by a wide margin for business travelers. In its home town of San Francisco, 79 percent of rides expensed through Certify during the second quarter were for Uber. In Dallas, 60 percent were for Uber and 54 percent in Los Angeles. Certify noted that it saw rental car transactions drop at the same time.