The U.S. Labor secretary came to Dallas Thursday, where he talked with business leaders about the Biden Administration's plans for investing in the country's workforce.

DALLAS - The U.S. Labor secretary came to Dallas Thursday, where he talked with business leaders about the Biden Administration's plans for investing in the country's workforce.

He spoke with employers to promote paid family and medical leave policies.

Secretary Walsh was in Dallas Thursday to discuss how the American Jobs Plan and the American Families Plan could benefit the nation long-term.

The roundtable was hosted by the Dallas Regional Chamber, and employers part of the discussion. 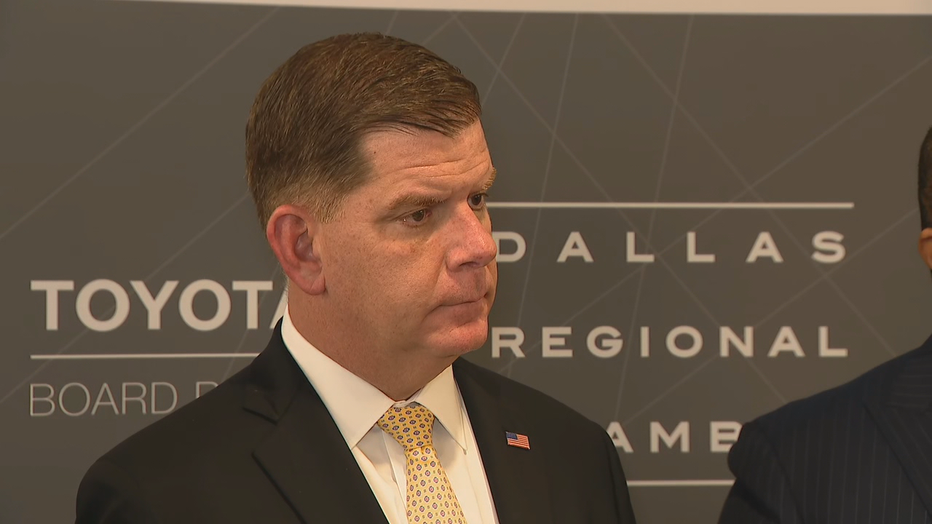 The $225 billion proposal would invest in federal programs for paid family leave and childcare.

According to Congressman Colin Allred, nearly one in four new moms return to work within two weeks of giving birth.

He added that just 9% of companies in private sector provide paid paternity leave.

"At some point, you're going to need time off from work," Rep. Allred said.

Dallas Mayor Eric Johnson said the city, which employs 13,000 people, does not a have family leave policy.

Johnson, a new dad, wants to change that.

"I don't think that makes a whole lot of sense," he said.

Single dad Fredrick Scott told Sec. Walsh that he got to take paid time off to bond with his newborn son, now 15, thanks to his company's robust family leave plan.

"That investment in time with him is still paying dividends ‘til this day. Our connection is strong," he added.

During a stop at the VA Medical Center in Garland.

Sec. Walsh talked with veterans about the American Jobs Plan.

In part, it would provide job training for veterans and their spouses looking to enter the private sector.

Bank of America is one of the partners offering a competitive starting salary.

"We're increasing our minimum wage to $25 by 2025," said Jennifer Chandler, with Bank of America.

Sec. Walsh also made stops at a local library and YMCA.

The price tag for President Biden's American Jobs Plan has dwindled over the past two months as talks between Republicans and Democrats have stalled.