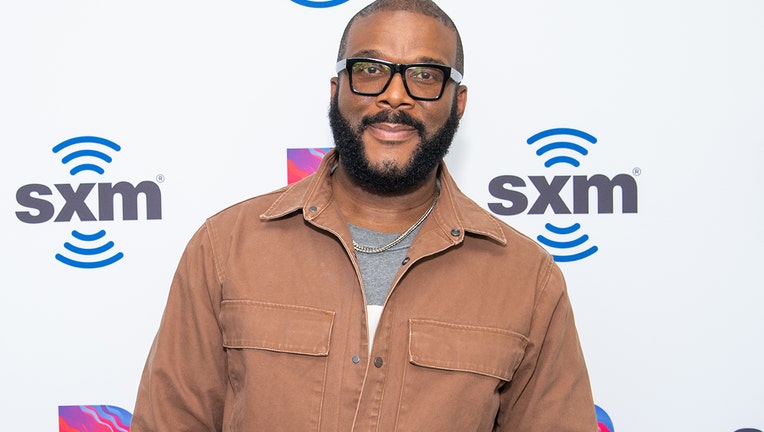 Perry recently became the first African-American man to own a major film studio outright with the Oct. 5 opening of the studio.

“You know what, right now I’m dreaming about how do I build this shelter for trafficked girls, boys and battered women,” Perry, 50, revealed to Essence during the studio's grand opening on Saturday.

And, during an interview with Gayle King on “CBS This Morning,” the director expanded on his dream about providing shelter for victims of abuse and for LGBTQ youth who were displaced.

“Having a compound that is a beautiful place right here somewhere on this 330 acres, where they’re trained in the business and they become self-sufficient, they live in nice apartments, there’s day care, there’s all of these wonderful things that allows them to re-enter society and then pay it forward again,” Perry revealed. “That’s what I hope to do soon.”

Perry went on to describe the space as “a compound for trafficked women, girls, homeless women, LGBTQ youth who are put out or displaced.”

Perry's new goal is personal; he’s revealed he suffered from sexual abuse as a child.

The entertainment mogul told People magazine -- in an interview published last week -- that he went through years of pain and inner turmoil after being molested by three different men and a woman by the time he turned 10.

“I didn’t know what was going on or the far-reaching effects of it,” he said. “I just moved through it. Go onto the next thing. ‘Boys don’t cry, shut up and move on.’”

Perry said it took him a long time to come to terms with and heal from his trauma.

“Holding on to all of that, not knowing what to do with it, there was a lot of anger in my teenage years, in my 20s,” the producer stated. “A lot of anger, a lot of confusion, a lot of frustration trying to just be OK.”

Perry offered words of advice to those finding themselves in similar situations or dealing with their own inner turmoil.

“I tell people who are in pain, who are struggling with trying to get through and sometimes I can just see it in their eyes,” Perry advised. “I was like, ‘Listen, just keep going. One little step is a step, just one little step.’”

In 1998 he staged his first major play, “I Know I’ve Been Changed,” about two brothers who survived child abuse, People noted.

“I would challenge anyone who is struggling or trying to figure out what to do to press on because whatever this pain was, there is an opposite. Here I am in it, and I’m loving every day,” he said.