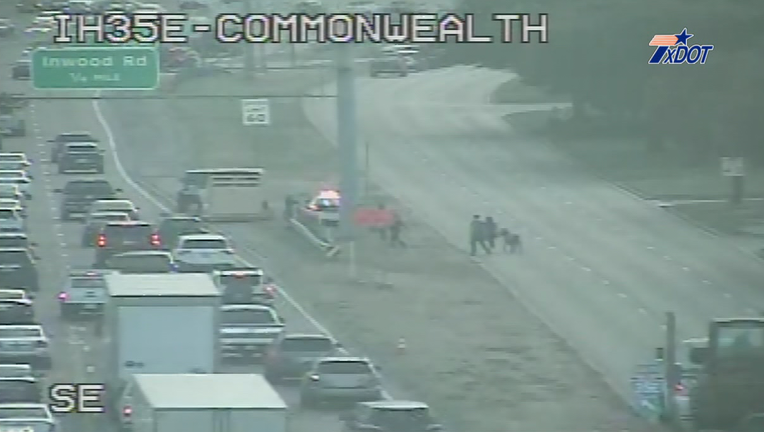 DALLAS - Two of 13 ponies that came out of a horse trailer along an interstate in Dallas were hit and killed in traffic Monday morning.

At some point while traveling near southbound Interstate 35 and State Highway 183, the driver's horse trailer opened and some of the horses fell out about 7:30 a.m.

When the driver pulled over, the other horses got out and began to make their way around surrounding areas.

Police officers, animal services and citizens were able to round them up and secure most of them back into a trailer. But two of the horses were hit and killed by other vehicles travelling on the road.

Traffic in southbound lanes were closed after the accident, but re-opened within an hour.