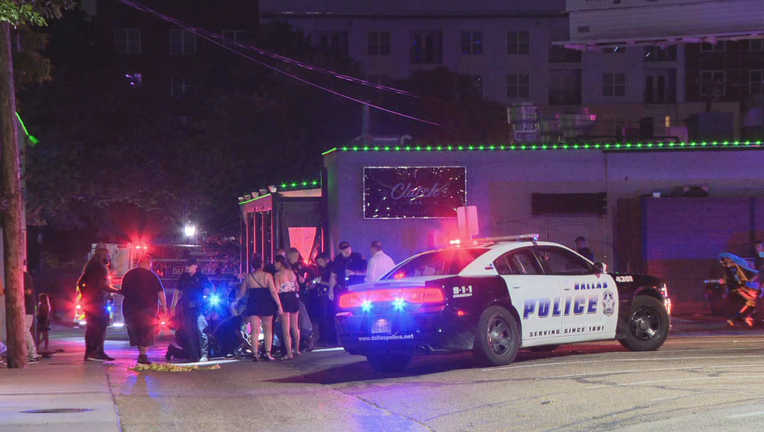 DALLAS - Two people were shot outside a bar in Uptown Dallas early Friday.

Police say a fight that began inside Clutch in the 2500 block of Cedar Springs Road moved outside about 2:15 a.m.

An off-duty police officer found one person shot several times outside the bar. The officer did first aid until paramedics arrived.

A second person was found one block away on Routh Street with what is being called a minor injury.

Police saw two vehicles speed away and think both were captured on security cameras.