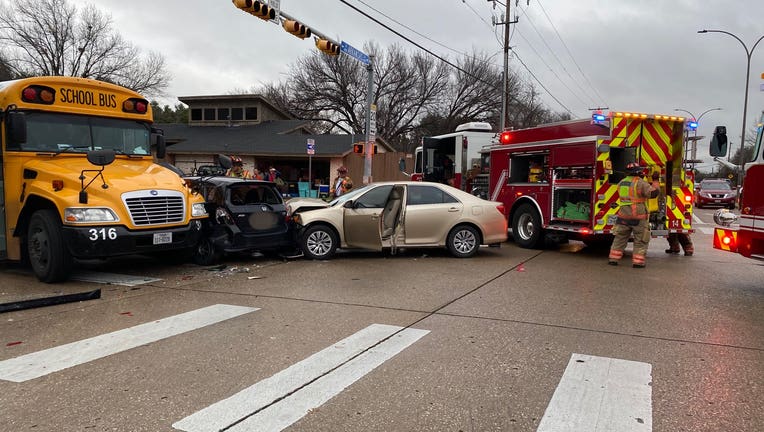 ARLINGTON, Texas - Two people were taken to the hospital after a crash involving an Arlington ISD bus.

The crash happened Wednesday afternoon in the 4400 block of West Arkansas Lane. Police say the crash involved an Arlington ISD bus and two other cars.

One teen and an adult were taken to the hospital as a precaution. Police say there were no serious injuries.