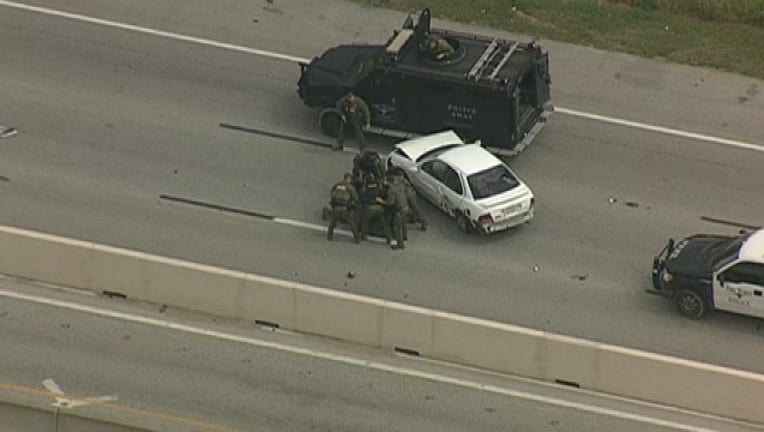 Two Fort Worth Police SWAT officers face disciplinary actions for their role in the end of a bizarre hours-long chase last week.

The chase began in Fort Worth and lasted for nearly two and half hours – mostly at slow-speeds. The final part of the chase was at high speeds in Arlington and ended with a FWPD SWAT vehicle ramming the suspect's car on Interstate 30.

The Fort Worth Police Officers Association said Tuesday on its Facebook page that two of the officers involved in the chase now face discipline "over actions taken to end a pursuit that lasted for hours."

A Fort Worth police spokesman wouldn't confirm any such actions, but said the pursuit "is being thoroughly investigated and appropriate action will be taken to address any identified misconduct or policy violations."

Joe Gonzales, 42, was arrested at the conclusion of the chase last Wednesday.