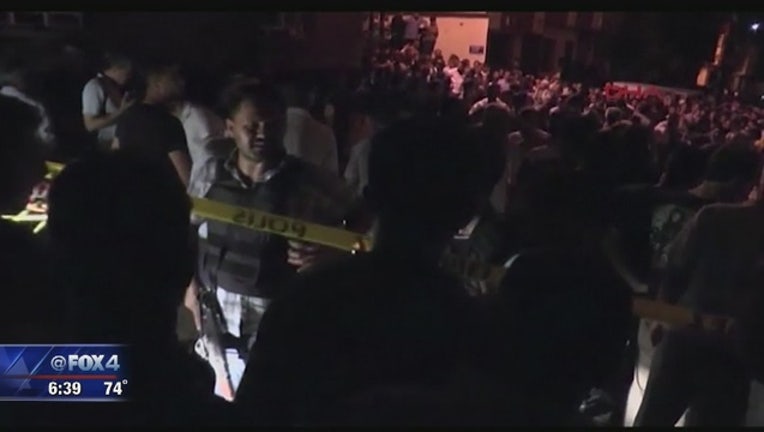 ISTANBUL (AP) — Turkey's president vowed on Sunday to "destroy terrorists" after months of deadly attacks throughout the country and reiterated his claim that a child suicide bomber was responsible for last weekend's explosion that claimed at least 54 lives in the southeast.

Speaking at a rally in Gaziantep where the suicide bombing took place at a Kurdish wedding, President Recep Tayyip Erdogan said the "terrorists" are being "picked up one by one" by Turkey's security forces.

"They will all be cleansed out like a cancer cell," he told a roaring crowd of his supporters. "We will find them and punish them."

Last week, Erdogan said a 12- to 14-year-old child was the suicide bomber, but Prime Minister Binali Yildirim said later that the bomber was still unidentified and investigations continued. On Sunday, Erdogan reiterated the claim without saying whether it's a result of the investigation.

"Terror has used a 14-year-old child as a suicide bomber and shed blood, killed people," he said. "In this attack, our 54 citizens, including 34 children, died."

Authorities have blamed the Islamic State group for the Gaziantep attack, but neither IS nor any other militant groups have claimed responsibility.

Erdogan repeated that the country's parliament will decide whether to reintroduce a death penalty in the wake of a failed coup on July 15 that claimed at least 270 lives. That has triggered an outcry by rights groups in Turkey and the West.

"My nation wants the death penalty," he said. "That is the decision of the Grand National Assembly of Turkey."

Turkey has sent tanks across the Syrian border following weeks of deadly attacks by the Kurdistan Workers' Party, or the PKK, and IS. The move aims to both fight IS and halt the advance of Syrian Kurdish groups.

On Sunday, two separate blasts in the Turkey's Kurdish-dominated southeast killed one Turkish soldier and wounded eight others, and Kurdish militants launched a rocket-propelled grenade at a civilian airport, officials and the state-run news agency said.

One soldier was killed and three were wounded after a roadside bomb was triggered remotely by rebels linked to the PKK in the Hakkari province, the state-run Anadolu Agency said. In the ensuing firefight that included army helicopters, 10 militants were killed, the private Dogan news agency said. The report couldn't be independently verified.

In another attack, five civilian village guards were wounded in Siirt province after their van hit an improvised explosive device on a road, Anadolu said, blaming PKK for the blast.

Earlier, Kurdish rebels, apparently targeting a police checkpoint at Diyarbakir Airport, fired a grenade that exploded near the airport's VIP passenger entrance, shattering windows, the local governor's office said. No injuries were reported. Passengers were taken to safety after the attack and flights resumed after a brief pause during the police investigation.

Violence between the PKK and security forces resumed last year, after the collapse of a two-year peace process in July. Since then, more than 600 Turkish security personnel and thousands of PKK militants have been killed, according to Anadolu. Rights groups say hundreds of civilians have also been killed in the clashes.

On Friday, a Kurdish suicide bomber rammed an explosives-laden truck into a checkpoint near a police station in the southeast, killing at least 11 Turkish police officers and wounding 78 other people.