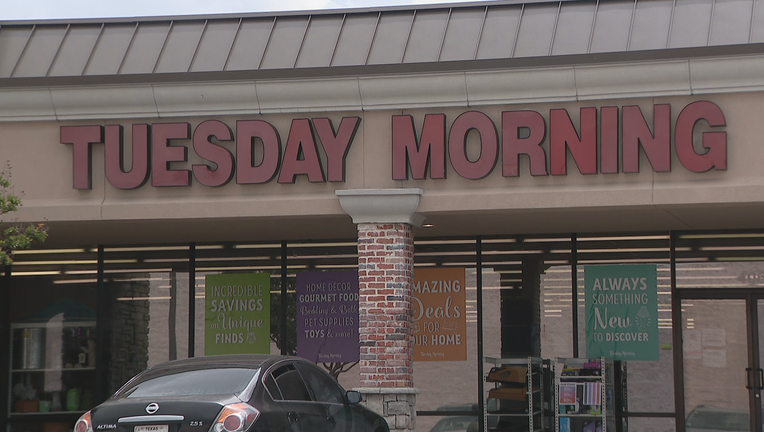 NEW YORK - Discount goods retailer Tuesday Morning has filed for Chapter 11 bankruptcy, the fifth major retailer to do so since the pandemic.

As part of the bankruptcy reorganization, the Dallas-based chain said Wednesday it plans to close approximately 230 of its 687 stores over the summer to focus on high-performing locations and will do this with a phased approach.

Tuesday Morning joins J.C. Penney, luxury department store chain Neiman Marcus, J.Crew and Stage Stores in filing for Chapter 11 since the virus was declared a pandemic in mid-March that forced many stores that sell non-essential goods to close and resulted in evaporating sales. Pier 1 Imports, which filed for Chapter 11 in February, is now liquidating its business.

Like the other retailers that filed for Chapter 11, Tuesday Morning was already weakened before the pandemic. The chain's business has been hurt by a lack of exciting merchandise and stiffer competition from off-price peers like TJX Cos., which operates such chains as T.J. Maxx and Home Goods, as well as Macy's new discount concept Back Stage.

“While consumers do not expect off-price discount retailers to have a perfectly curated selection of merchandise, they do demand that the range is reasonably coherent and contains interesting finds," said Neil Saunders, managing director of Global Data Retail. “Unfortunately, Tuesday Morning often fails to deliver this. Many stores are not so much an Aladdin’s cave of exciting treasures as a jumbled flea market of whatever buyers could seemingly get their hands on."

Tuesday Morning has requested bankruptcy court approval to close at least 132 locations in a first phase and, eventually, the company's distribution center in Phoenix that supports these stores. These stores were identified as under-performing or are situated in areas where too many locations are in close proximity.

Tuesday Morning, which generated about a billion dollars in annual sales in its latest fiscal year, also plans to renegotiate a significant number of leases during this process. Of the remaining 555 stores, the company plans to exit approximately 100 additional locations leaving a network of roughly 450 stores.

“The prolonged and unexpected closures of our stores in response to COVID-19 has had severe consequences on our business," said Steve Becker, chief executive officer at Tuesday Morning, in a statement.

Becker noted that prior to the pandemic, it was gaining momentum in its merchant organization, growing its supplier base and improving brands, assortment and value for its customers, while investing in its technology and corporate leadership team.

“The complete halt of store operations for two months put the company in a financial position that can be effectively addressed only through a reorganization in Chapter 11," he added.

Tuesday Morning said it has re-opened over 80% of its existing store footprint to date and expects to continue store re-openings and bringing employees back to work over the coming weeks.

Tuesday Morning said that it has a commitment from its existing lender group to provide $100 million in financing to keep it operating during the bankruptcy process.