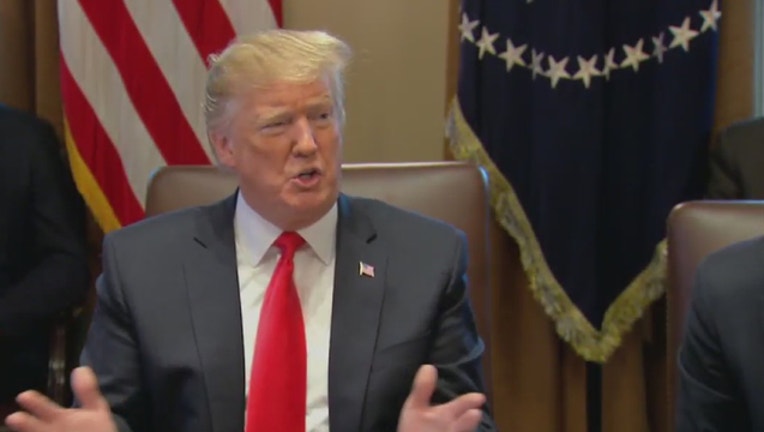 WASHINGTON (FOX 5 DC) - President Trump has announced he will deliver prime-time address Tuesday night on what he calls a border "crisis" amid ongoing shutdown fight.

The president tweeted that he will address the nation on the "Humanitarian and National Security crisis on our Southern Border."

Trump's prime-time address will come amid a partial government shutdown caused by his insistence that Congress give him more than $5 billion to build a wall on the border. Congressional Democrats are refusing to pay for a wall.

He said he will be speaking Tuesday night at 9 p.m. EST.

This comes as Trump announced he will be traveling to the U.S.-Mexico border on Thursday in a bid to highlight border security, as he presses Democrats for wall funding amid the protracted standoff that triggered a partial government shutdown now stretching into its 17th day.