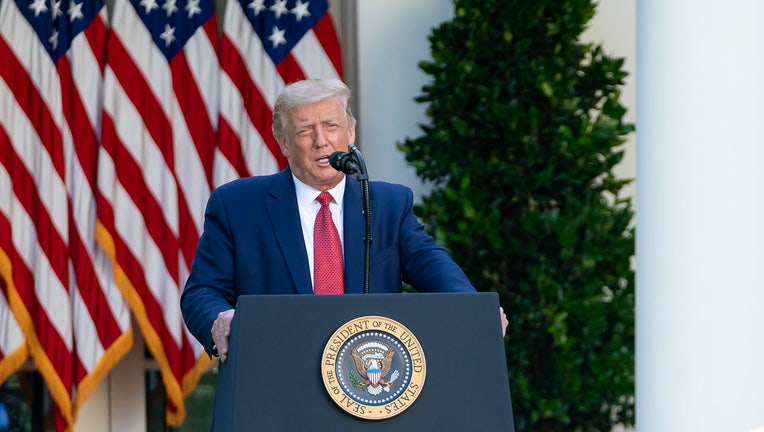 WASHINGTON - President Trump suggested this week the next coronavirus relief package could include a direct cash payment for American families that's potentially higher than $1,200.

"It may go higher than that actually," Trump during an interview Wednesday with ABC affiliate KMID in Texas. "I'd like to see it be very high because I love the people. I want the people to get it."

Trump did not say how much money he's envisioning for the second round of stimulus checks.

Congress and the White House kickstarted negotiations this week after Senate Republicans unveiled the HEALS Act, estimated to cost about $1 trillion. But Trump told reporters earlier in the day the two sides are "so far apart" on what they think needs to be included in the fifth round of emergency aid. His priorities for those relief measures, he said, are an eviction moratorium and direct payments.

Senate Republicans' proposal, which they rolled out Monday, would allocate another round of $1,200 direct payments to American families, with the necessary qualifications nearly identical to the first stimulus check.

The proposal also modified the stimulus checks so that families with dependents over the age of 17 who were excluded from the previous payments — a frequent criticism of the CARES Act, signed into law at the end of March — will be able to receive the extra $500. For instance, a married couple with two children could receive up to $3,400.

It's unclear whether the HEALS Act has a limit on how many dependent payments a single household can receive. The House-passed HEROES Act in May capped them at three, or an additional $3,600 (it modified the checks so dependents were eligible to receive $1,200).

But Democrats and Republicans appear to remain at loggerheads over specific provisions for the next stimulus bill.

"We don't have an agreement on anything," Treasury Secretary Steven Mnuchin told reporters after meeting with Senate Minority Leader Chuck Schumer and House Speaker Nancy Pelosi.