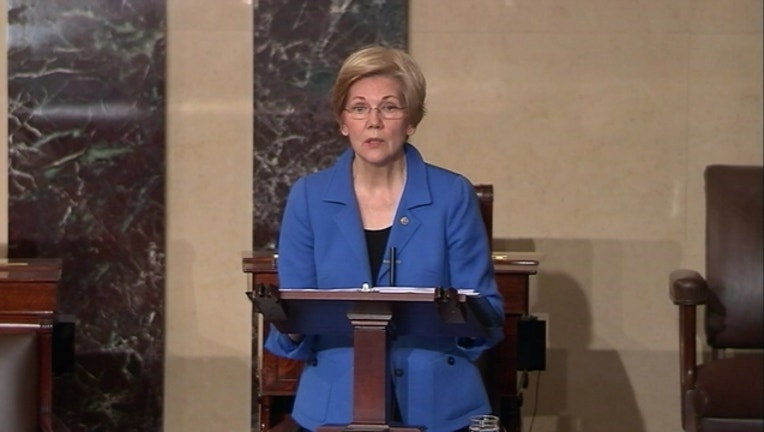 ATLANTA (AP) - President Donald Trump revived one of his favorite - and most provocative - taunts against Elizabeth Warren on Friday, derisively calling the Massachusetts senator "Pocahontas."

Trump mocked Warren repeatedly during the presidential campaign for claims she made about being part Native American. During remarks Friday at the National Rifle Association, the president took aim at the liberal senator once again, saying she could be among the Democrats who seek to challenge him in 2020 if he seeks a second term.

"I have a feeling that in the next election, you're going to be swamped with candidates," Trump said. "It may be Pocahontas, remember that."

Native American leaders have called Trump's attacks on Warren offensive and distasteful. Some Democrats have called the remark racist.

The president has spent months feuding with Warren, an outspoken Wall Street critic who leveled blistering attacks on Trump during the campaign. He seized in particular on questions about her heritage, which surfaced during her 2012 Senate race challenging incumbent Sen. Scott Brown.

During that campaign, law school directories from the Association of American Law Schools from 1986 to 1995 surfaced that put Warren on the association's list of "minority law teachers" when she was teaching at the University of Texas and the University of Pennsylvania. Warren said she listed herself with Native American heritage because she hoped to meet people with similar roots.

In a 2012 interview with The Associated Press, Warren said she and her brothers were told of the family's heritage by their parents, the late Don and Pauline Herring.

Brown pressed Warren to release more information about how she described her heritage to potential employers. Warren said she never sought proof of ancestry because she didn't think it was necessary.