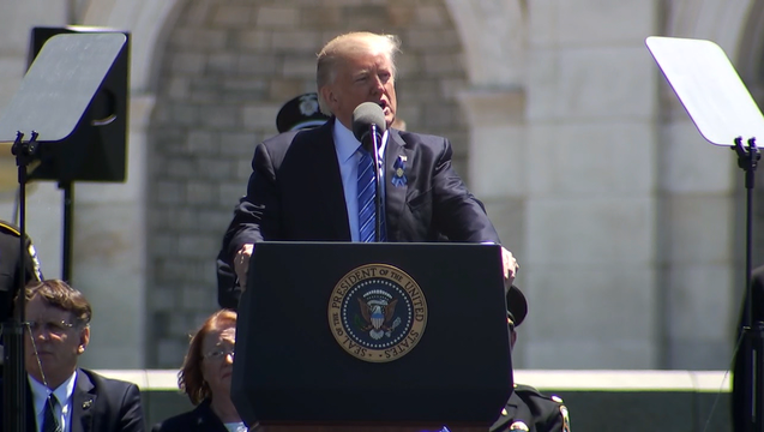 Trump addressed law enforcement and family members of the fallen at the 36th Annual National Peace Officers' Memorial Service outside the U.S. Capitol, reaffirming his campaign promises to restore justice and end attacks on police.

"Every drop of blood spilled from our heroes in blue is a wound inflicted upon the whole country," Trump said. "And every heartache known by your families in law enforcement is a sorrow shared by the entire family of the American nation."

Trump was joined by families of law enforcement earlier in the day in the Oval Office, where he signed a proclamation and said he would enlist the Justice Department to develop strategies to prevent and prosecute violent crimes against law enforcement. He said that 118 law enforcement officers had died in the line of duty in 2016.

Trump told police officers with him in the Oval Office that "some of you have suffered greatly and we're going to take care of it."

The president, who departs for his first overseas trip as president later this week, said it was his duty as president to keep America "safe from crimes, safe from terrorism and safe from all enemies - foreign and domestic."

He said that at the center of that duty is the "requirement to ensure law enforcement personnel are given tools and resources they need to do their jobs and come home to their families safely."

Trump noted the ambush killings of police officers last year in Dallas and Baton Rouge, Louisiana, and was joined in the Oval Office by family members of slain officers from Phoenix, Arizona, New Jersey and New York.

Trump spoke nearly week after he fired FBI Director James Comey. His administration is considering Comey's replacement, a decision that could come before he departs Friday for Saudi Arabia. 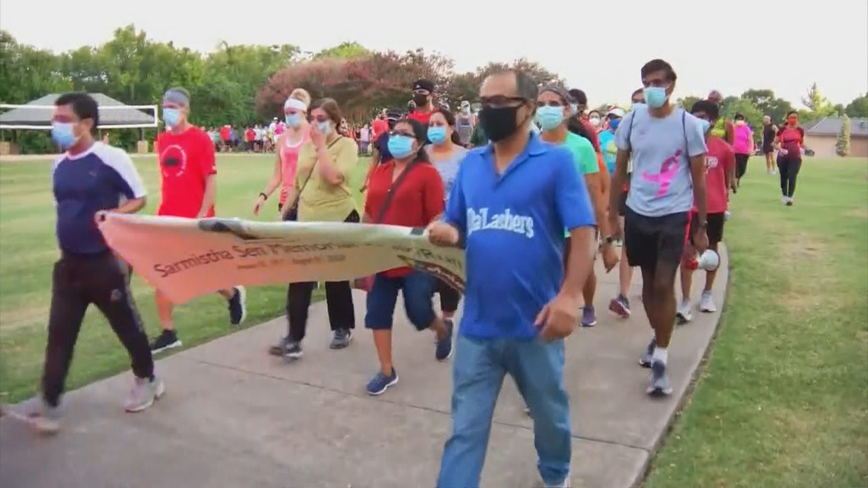