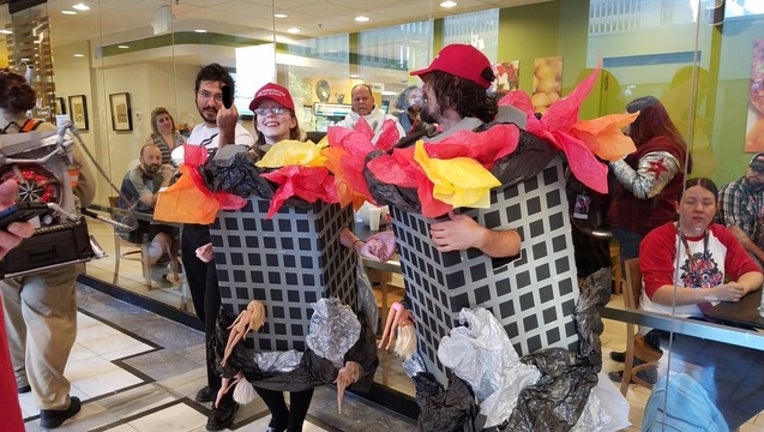 FOX NEWS - There's poor taste, and then there's this.

A couple of trolls were spotted near the Dragon Con festival in Atlanta sporting costumes crudely depicting the Twin Towers after they were attacked on September 11, 2001.

Dragon Con is a huge event bringing together thousands of sci-fi, fantasy and all-round cosplaying enthusiasts.

Organizers released a statement about the controversy, claiming they did not believe the costumers were admitted entry to the convention.