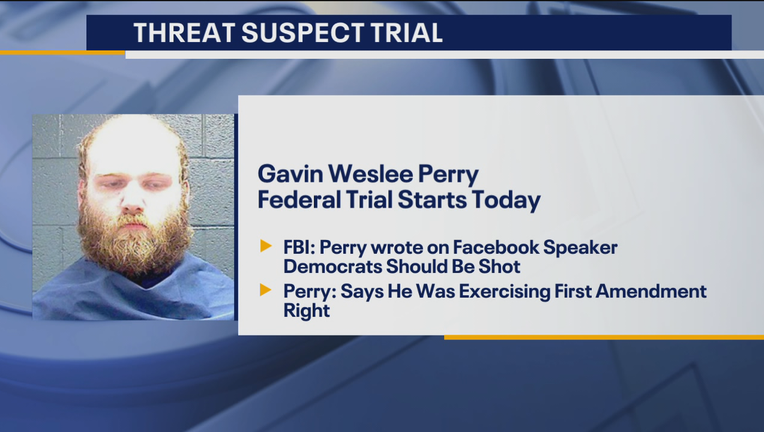 The Dallas Morning News reports Gavin Weslee Perry is scheduled to take his case to a jury in Wichita Falls.

Federal officials said he told the FBI he was exercising his First Amendment right when he wrote on Facebook that Speaker Pelosi and other Democrats should be shot.

Perry is charged with a single count of transmitting a threatening communication.

He faces up to five years in prison if convicted.